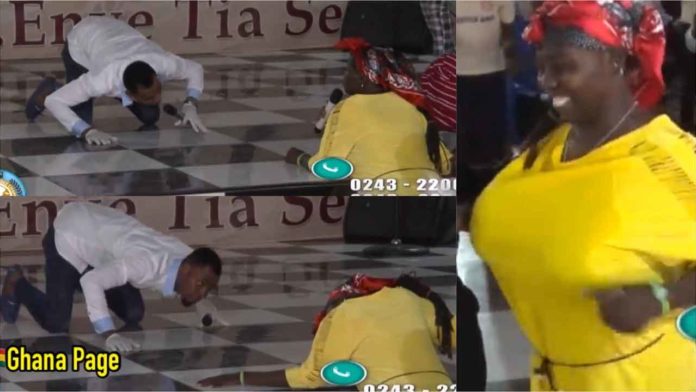 Controversial preacher, Reverend Obofour has ‘healed’ a woman who claims to be suffering from breast cancer.

In the viral video sighted by GhPage.com, the woman was testifying of how God has used Reverend Obofour to heal her from the deadly ailment.

According to the woman she formerly could not lie on her breast because it caused her excruciating pain. She narrated that after she Reverend Obofour laid hands on her, she could now lie on the the hard surface of the floor tiles.

Rev. Obofour then began his dramatic antics as he exclaimed in awe. He then asked his junior pastor to move aside so he could properly see her breast.

He then invited female members of his congregation to come and press her breast in order to verify if she had indeed placed it on the floor as she claimed.