Evangelist Addai tries to explain the true meaning of Alfie 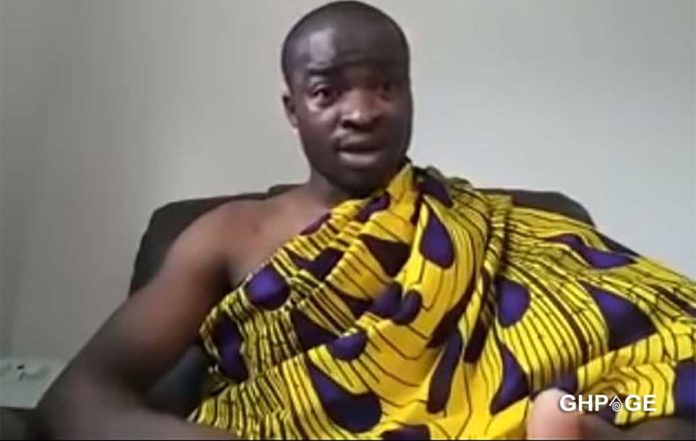 Facebook Evangelist Emmanuel Kwame Addai who has been causing confusions on social media with some of his utterances against some popular Ghanaian personalities.

Last week, the notorious evangelist accused Kumawood actress Vivian Jill Lawrence of sleeping with her eldest son Prempeh and worse of all claimed her last born Alfie was fathered by her eldest son.

After the allegation, many people bashed him for making such weird allegation against the actress who has managed to stay off social media scandals.

Even though the actress and her son have born denied the allegation, looks like Evangelist Addai is still not done as he has in a new video explained the meaning of Alfie who is the actress’ last born to back up his claim.

In a new video, Evangelist Addai claimed that Alfie means Home Production in other words he was produced from home.

From the video, we are tempted to say Evangelist Addai serious need some checkup before things get out of hand since people have started cursing him.