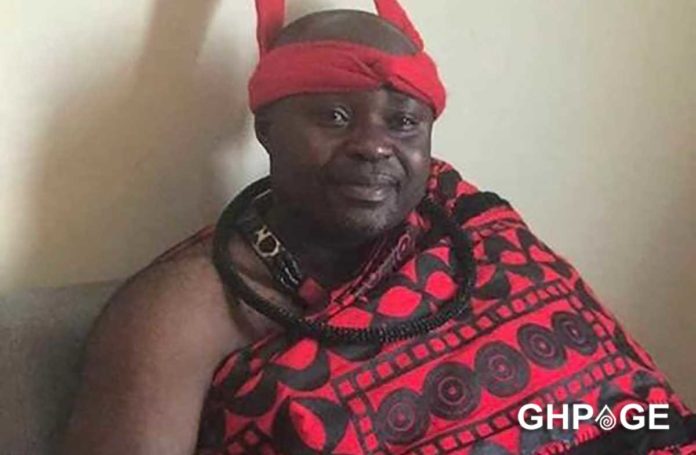 Ghpage.com yesterday reported on the murder of Nana Fodour, Asamponhene of Kumasi and the owner of a popular pub in Kumasi known as X5 pub.

Nana Fodour was murdered in his vehicle while he was traveling on the Ejura – Nkoranza road.

According to the police officers, they received a distress call about a car being involved in an accident but when they arrived at the scene, they found Nana Fodour in a pool of blood.

Well, we at Ghpage.com have put together some facts about Nana Fodour which we believe many people never knew.

Here are some five(5) facts on Nana Fodour

1. He was a direct relative of the Asantehene, Otumfuo Osei Tutu II.
2. As the Asamponhene of Kumasi, his role was to lead war for the Asantehene and moves ahead of the retinue of the Asantehene.
3. He owned the popular X5 pub at Ashanti New Town in Kumasi near the New Patriotic Party (NPP) Ashanti Regional office.
4. The attackers reportedly also attempted to set the vehicle ablaze.
5. He was the owner of Sikka FM in Kumasi.