Do You Still Remember Gospel Musician Ama Boahemaa? This Is How She Looks Now 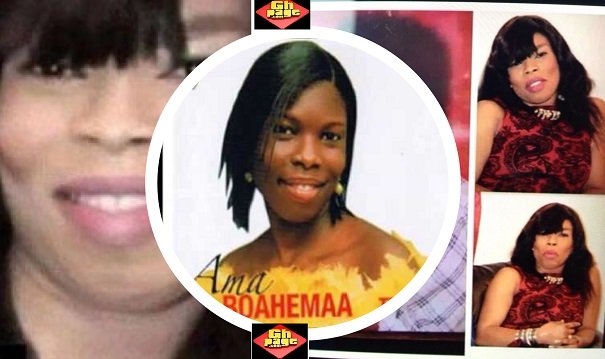 Gospel musician Ama Boahemaa is one of the few female gospel artistes who released great songs years ago.Nothing has been heard from her in recent times but Ghpage.com hear, she is still proclaiming the gospel.

Ama Boahemaa during her reign released songs like “Bue Kwan Ma Me”, “Awurade Wo Ba Eko”, “Enyi Me Mma” and many others.

Gospel musician, Ama Boahemaa’s new look in the year 2014, became a viral topic for discussion when in her photos which went viral on social media, appears with a ghostly white face.

Some Ghanaian media websites and blogs posted ‘before’ photos of the gospel singer to prove she is bleaching.

The ‘Bue Kwan Ma Me’ hitmaker was lambasted for succumbing to the pleasures of the world and changing her dark skin color to ‘white’.Some even likened her to Micheal Jackson.

But in her defense, she disclosed in an interview that, the change of her skin color is due to excessive intake of milk and the weather in Europe.

Conceding that her skin complexion has lightened over the years, she stated emphatically that it has nothing to do with bleaching.

Ghpage.com spotted some pictures of the gospel musician and how she still looks? Well, let’s take you through some earlier or before pictures and thus, the new ones will follow;

Scroll down to continue with more Photos on the Next Page