Guru reveals what he achieved from his collaboration with Obrafour 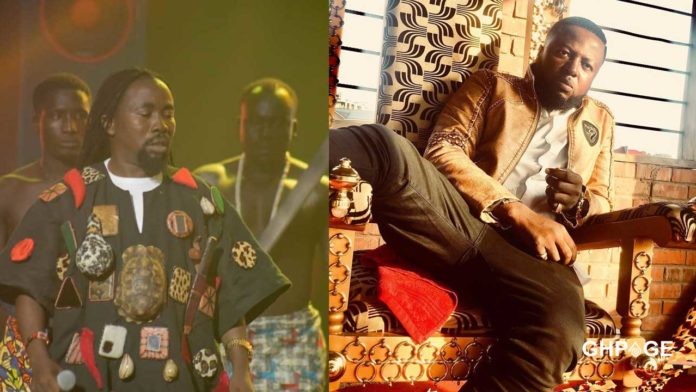 Ghanaian rapper and fashion designer Maradona Yeboah Adjei known by the stage name Guru has revealed what he achieved from his collaboration with Obrafour 10 years ago.

According to the “Lapaz Toyota” hitmaker, he was able to purchase a car from the proceeds of his song dubbed “Kasiebo” with Obrafour.

Guru further stated that he was tagged as a ‘Sakawa’ boy because he bought the car at a very young age.

He added that he was accused wrongly of being a fraud boy because he was financially stable at a young age.

“When I featured Obrafuor in ‘Kasiebo’, I bought my personal car. It was one of these Corolla cars. When I was balling in town with the car, I was accused of money rituals.

I have heard people call me game boy several times. Here in Ghana, everyone feels that any young man living a financially stable life is involved in fraud, but that isn’t always the case.

The economy we live in makes it difficult for a young person to even buy a bicycle; so when you are driving a car, then you have a problem”, Guru discloses.

Guru recorded Kasiebo with music legend Obrafour 10 years ago which was a massive hit.

The song was a ‘diss’ song that targeted some major players in the Ghana music industry, and Guru also explained that the song prevented him from winning awards.