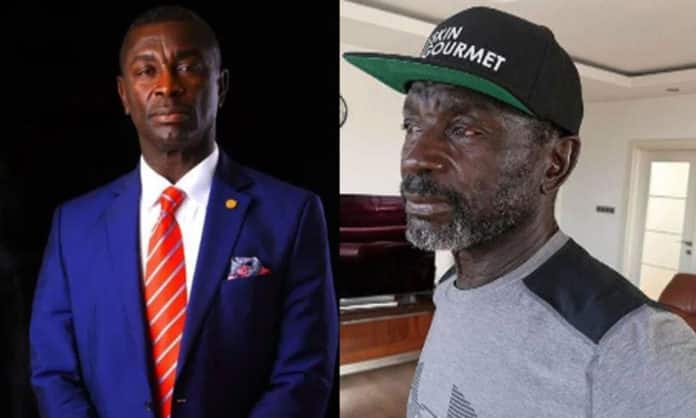 Dr Kofi Amoabeng, the founder of the now-defunct UT Bank, has spoken candidly about how life is treated him and continues to treat him after losing it all.

Mr Amoabeng, who provided more details about his current circumstances, claimed that in order to stay afloat, he had to sell his opulent Range Rover and mansion plus other business to settle his debts.

READ ALSO: Ken Ofori-Atta took ¢5M from me to save his business but failed to pay on time – Kofi Amoabeng reveals

Speaking to Accra-based TV3 about his lifestyle following the collapse of his bank during the central bank’s banking sector clean-up, Mr Amoabeng described his transition from luxury to a life of simplicity by doing away with most of his pricey possessions.

In the interview, he also revealed that he owns just a shoe and a watch as he tries to live within his new-found modest lifestyle.

Notwithstanding losing a lot of valuables in life, Mr Amoabeng sounded very optimistic about the future because despite suffering a great financial loss, he still drives an Audi with a V8 engine.

“I have one watch, I have one shoe so I don’t need much money. I don’t have to have a lot of money to enjoy life…I don’t drive Range Rover anymore, I drive a Lexus…I had to sell it (mansion) to organize myself not to get broke,”

Below are some of the popular comments gathered under Mr Amoabeng’s confession;

Sammy Smith – His level of ‘broke’ is someone’s riches and others wish. He can’t be broke to my understanding of being broke since he’s got his networks and children up stairs so those who think he has ‘nothing’ koraa is deceiving themselves.

Richard Kweku Yorke – Downfall of a Man is not the end of his life,his brains are intact,he should just move on by liven a healthy lifestyle, until the bones are rotten, there’s hope for the living

Jerome Odoi – It’s not true. He is not broke. It’s just a lifestyle change. Even if he is broke how does that concern the average Ghanaian. He is not begging anyone for food oo