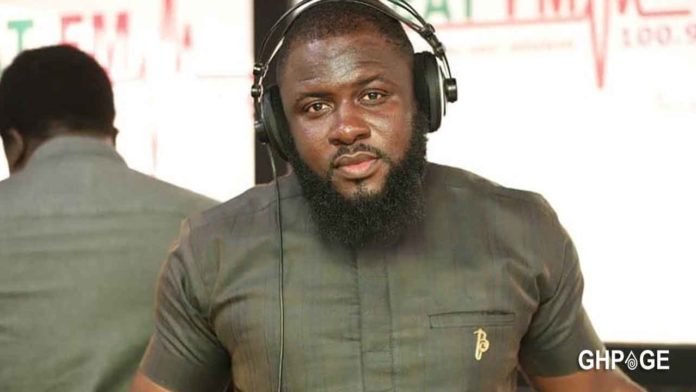 The shocking and untimely demise of a gentle soul and a man full of life, Kwadwo Annor Wiafe aka -Favourite_Mc’s mc- has come as a shocker to all especially those in his line of profession and the showbiz fraternity at large.

Death, walking about has laid his ‘wicked’ icy hands on a prolific personality who shall forever be remembered for his great and selfless contribution to Despite Media and the frat of the MCing business. He’s a big inspiration to the younger generation.

Kwadwo Wiafe’s exit from the physical world has struck hard some celebrities who might have had the fortune to meet him and those who worked with him before. As a clear mode of expressing their shock over his death, some celebrities took to social media to react and mourn him.

READ ALSO: Kwadwo Wiafe of Despite Media Company passes on

Ghage has compiled some of the reactions from the aforementioned names. See below;

As reported, the now-former Head of Marketing at UTV drew his last breath at the Nyaho Medical Center in Accra today Thursday, June 4, 2020, after reportedly falling ill.

We are yet to find out the real cause of Kwadwo Wiafe’s death.