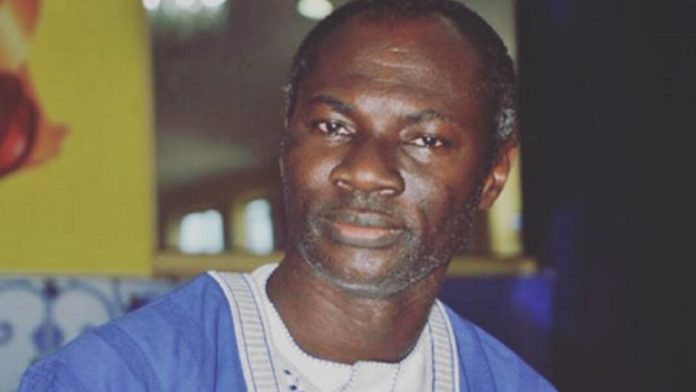 The host of Oman Fm’s ‘Boiling Point’, Kwabena Kwakye has alleged that Interpol has issued the arrest of the General overseer of Glorious Wave Church International, Prophet Badu Kobi over a $50,000 stolen car in Germany.

According to Oman Fm’s Boiling Point, the man of God allegedly sold a stolen car from Germany for $50,000 and a warrant has been issued for his arrest.

The presenter claims the case is currently at the Tesano Police station adding that Prophet Badu Kobi is a professional fraudster.

During a panel discussion on Oman Fm, the panelists stated that the man of God has always tagged President Akufo Addo as corrupt because he is not getting any financial aid from the NPP.

According to the presenter, Prophet Badu Kobi has joined forces with people to loot the state and later create the impression that he has been blessed by God.

The panelists also slammed Prophet Badu Kobi over the ethnocentric comments he made against some Ghanaian women recently.

Popular UTV personality, Kwadwo Wiafe, according to news reaching us has passed on this morning with the cause of his death not...
Read more
News

Maverick politician Hon. Kennedy Agyapong who is the Member of Parliament for Assin Central has revealed in an interview that he has...
Read more
News

Kwesi Pratt, Ghanaian journalist and the managing editor at the Insight newspaper, has in an insightful conversation with Kwame Sefa Kayi on...
Read more
News

Sammy Gyamfi, the National Communications Director of the opposition NDC, is trending on Twitter after making a mockery of the death of...
Read more

Kennedy Agyapong is not slowing down on his exposés on some pastor in Ghana whom he claims are fake and do not...
Read more
Entertainment

Kumawood actress, Tracey Boakye has shown off the beautiful face of her newly born baby girl for the first time.
Read more
Lifestyle

Popular Brazilian footballer Ronaldinho Gaúcho has once made the news for the bad reason again this time around, his sex-tape has leaked...
Read more