Photos of Junior US chilling with Meek Mill,Omelly, other US stars pop up 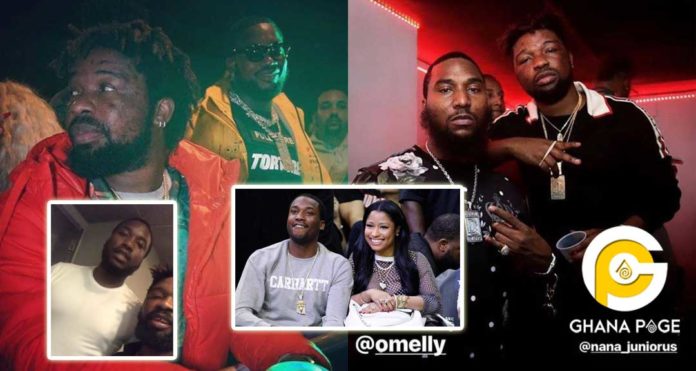 As Ghanaians are sadly mourning Junior US, the ‘brother’ of Shatta Wale, photos of the young musician/promoter chilling with superstars in the USA has popped up on social media.

In the photos which have been obtained by Ghpage.com, Junior US is in a club and other hyper chilling places with stars like Meek Mill, Nicki Minaj, Omelly and others.

SEE ALSO: Details of how prostitutes invited by Junior US to his house led shooters to murder him revealed [SEE]

It is unclear his relationship with these superstars. Being a music promoter in the USA, we can’t immediately tell if he met them for business reasons of or for personal reasons but chaley, imagine sharing a bottle of champaign with Nicki Minja and Meek Mill.

Obviously, life was good for the young Ghanaian It’s quite unfortunate he had to die at such a young age.

SEE ALSO: Footage of when the police came for Junior US’ dead body drew tears from his friends who were gathered at his house [Watch]

Check Out some of the photos below

SEE ALSO: ‘You just bought a house in Kumasi; please wake up’ -Shatta Wale weeps over his bro, Junior US’ death [SEE]

SEE ALSO: Video of Shatta Wale’s bro, Junior US after he was shot dead at his house pops up [Watch]

Although the police are still investigating the shooting of Junior US, born Nana Yaw Opoku rumor has it that he was murdered by armed robbers after he flaunted thousands of dollars on social media.