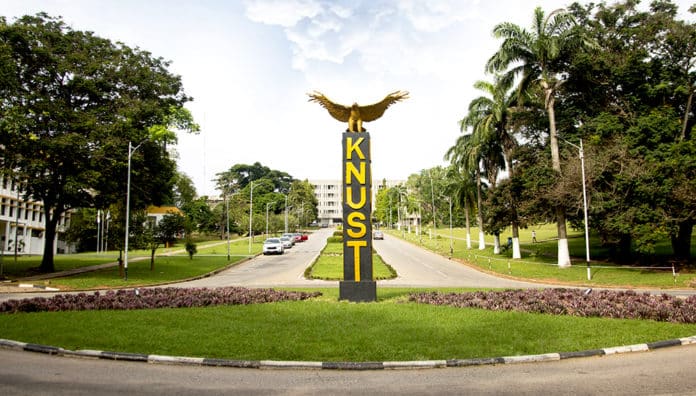 Some students at the Kwame Nkrumah University of Science and Technology (KNUST) have taken to social media to rant and cry over the deferment of their programs.

The students showed screenshots of messages from the school authorities asking students who have not paid their fees to have their programs deferred.

One of the messages received by one of the affected students read:

Dear student, your programme has been deferred as you have not met the minimum requirement of the KNUST Fees Credit and Debt Management Policy. Thank you.

According to the school authorities, some of these affected students have been using their fees to stake bets and to engage in extra-curricular activities other than to pay their fees.

The Public Relations Officer of the KNUST, Dr Daniel Noris Bekoe says students are trading their fees into other ventures including betting, Uber, and bakery. According to him, this is what has compelled the University to force over 6,000 students to defer their courses.

KNUST Authorities alleged students are investing school fees into other business ventures. I think the students should find ways to pay so the school can run but….. This generation is the one that finally found the code.

Meanwhile, the authorities are yet to rescind their decision on the deferment of the programs of affected students.

KNUST has a student population of over 85,000. About 6,000 have been deferred for not paying 70% of school fees. There are some students who are owing and haven’t been deferred. An option was opened and is still opened to show proof of need at your college Accounts office.