25-year-old dies during a Tramadol competition 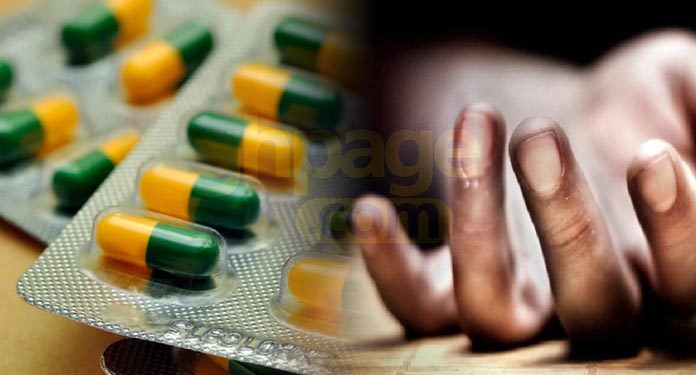 There is a growing trend of Tramadol abuse among Ghanaian youth in some parts of the country. Recent surveys have shown the drug is also used among market women, drivers, and in some cases, students.

The abuse of Tramadol, a pain relief drug, according to medical experts, functions like heroin and can cause psychotic problems as well as damage vital organs in the human body.

It seems the numerous campaigns are falling on deaf ears as a 25-year-old man collapsed and died on the spot after abusing seven tablets of tramadol during a contest with friends at Ajumako Asaaban in the Ajumako-Enyan District of the Central Region.

The man identified as Kofi Kwansa died after his friends who thought he was joking when he fell to the ground, started cheering him on until they realised he was not breathing again.

Kofi Kwansa was taken to the Ajumako Hospital after an attempt to revive him failed but he was pronounced dead upon arrival.

As of the time of this report, the friends have since taken to the heels whiles the body of Kofi Kwansa has since been deposited at the Cape Coast Government Hospital for an autopsy.