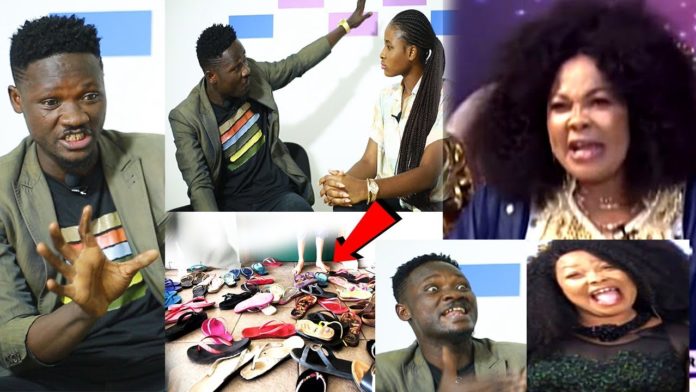 Popular Kumawood actor and musician Sean Paul has descended heavily on fetish priestess Nana Agradaa describing her as a fraudster.

In an exclusive interview with GhPage TV, Sean Paul explained that he lost respect for Nana Agradaa when he found out she was a fetish priestess.

According to Sean Paul, he went to Nana Agradaa’s house and was surprised at the number of people he met there.

The actor further stated that all those who believe in Nana Agradaa’s scam are mentally retarded.

Sean Paul added that whatever Nana Agradaa does is her work and she needs to make a profit from it.

The actor also disclosed that all those who endorsed Nana Agradaa are her relatives and workers.

He further advised Ghanaians to be vigilant of fraudsters like Nana Agradaa because she is fake.

Sean Paul who is currently into music revealed that he will love to collaborate with Shatta Wale and Fameye.

According to him, Shatta Wale is a ‘music god’ and really has massive respect for the ‘Melissa’ hitmaker.

He also described Swedru-based musician Patapaa as a joker because most of his songs don’t make sense.