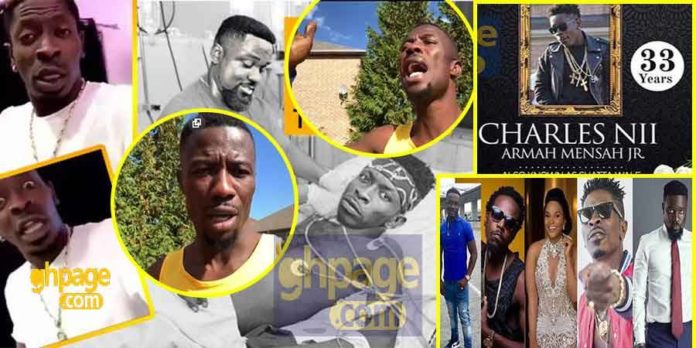 Since Sarkodie released his diss song dubbed “My Advice” to his friend Shatta Wale yesterday, it has got almost all the nation talking and it had drawn out some hilarious reactions from a section of Ghanaians.

Going through social media platforms, tens of hilarious videos, memes, comments, audios and the likes have been made to troll the self-acclaimed Dancehall King, Shatta Wale.

SEE ALSO: Shatta Wale’s baby mama, Shatta Michy breaks silence on Sarkodie’s diss song to Shatta Wale – This is what she has to say

One striking thing that has got many people thinking is how almost all the celebrities in Ghana have teamed up behind Sarkodie and are giving him thumbs up.

Last Night, JoyNews’ Israel Laryea paused during a live TV discussion, knelt down, raised both his band and hailed Shatta Wale as a legend.

Some Ghanaians too have organized funeral and burial service for Shatta Wale declaring him dead and Sarkodie wanted for murder.

Ghpage.com has compiled some hilarious reactions from the ongoing fracas between Sarkodie and Shatta Wale since the diss song was released and you will crack up watching.

WATCH SOME HILARIOUS REACTIONS BELOW