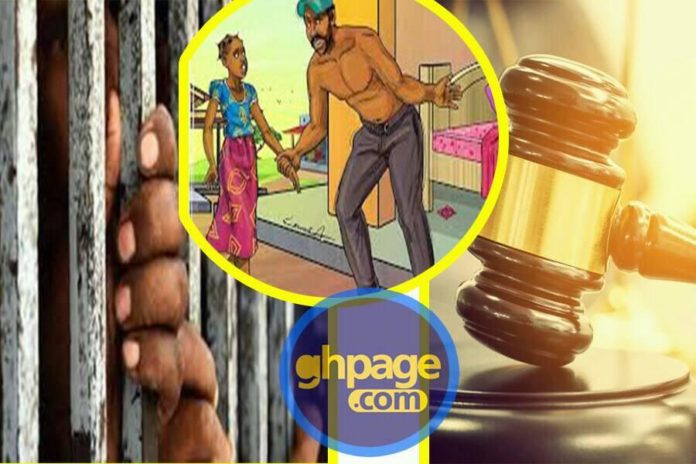 Police in Nogokpo location has arrested a 40-year-old married man for allegedly defiling a mentally ill girl in a hiding and has sexually assaulted her multiple times for four days.

Jacob Dotse Sedzedo, a farmer, and father of two was sentenced to 11 years imprisonment by an Aflao Circuit Court, on his own plea of guilty.

Confirming the incident, Inspector Esperance Agbo said they arrested the suspect, identified as Sedzedo after members of the public ‘caught him red-handed doing the unthinkable to the 15-year-old in a hiding’.

Inspector Esperance Agbo prosecuting told the court presided over by Mr. Ali Baba Abature, that Sedzedo lived with his wife and children at Nogokpo, where the victim, mentally-deranged also resides with the parents.

He said early this month, the suspect took advantage of a brief travel of his partner and lured the victim who strayed out of home at the blind side of her parents, who keeps very close eyes on her because of her condition into his house.

“The girl, when questioned by police officers, revealed that Mr. Sedzedo had defiled her several times in the recent past,” said the officer.

He said after Sedzeddo had released her the victim revealed her ordeal leading to Sedzedo’s arrest.