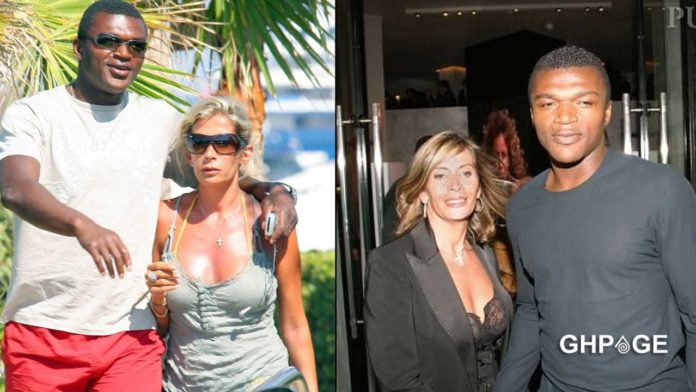 Former France footballer Marcel Desailly is popular for his works both on and off the field.

The World Cup winner has been a football icon with little or no controversy since gaining fame. He’s managed to keep his family life smooth and sailing for over 2 decades. Little or nothing is known about the former professional footballer until now.

Well, Marcel Desailly has been married for over 25 years to his wife identified as Virginie and they have four children namely Victoria, Marvin, Vince, and Virgil.

Marcel Desailly finally hanged his boot in 2006 after playing for teams such as Olympique Marseille in France, AC Milan in Italy, Chelsea of England and 2 clubs in Qatar.

The two decided to relocate to Ghana after the football called it a quit in professional football.

See Photos of the couple below;

Born Odenke Abbey in 1968, his mother got married to a French Diplomat who changed his name to Marcel Desailly as they left Ghana to France in 1972.