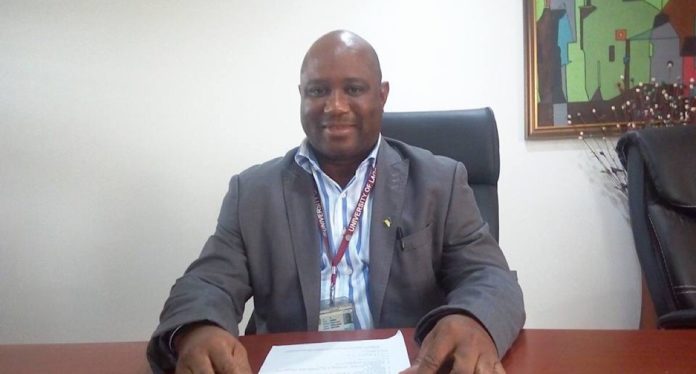 Dr. Boniface Osikwemhe Igbeneghu, was one of the four lecturers implicated in BBC’s ‘sex for grades’ exposé, an investigative piece exposing the deplorable case of sexual harassment students face in the hands of some unscrupulous lecturers in the University of Ghana and University of Lagos.

Dr. Boniface Igbeneghu, is an associate professor in the department of European languages and integration. He was also a former Sub Dean of the Faculty of Arts in the University of Lagos, Akoka.

According to church members Boniface is a staunch christian and a radical believer of the word of God. His ‘devotion’ to God was very well displayed when he urged an undercover journalist posing as a prospective applicant to give her life to Christ before he proceeded to sexually harass her.

Following the scandal, he has been suspended from the university and has been subsequently barred from the entering the university premises for any reason whatsoever. He has also been relieved of all his pastoral duties in the Foursquare Gospel Church whilst he is being investigated for his sexual misconduct and sexual impropriety.

HERE ARE SOME PHOTOS OF BONIFACE AND THE PEOPLE IN HIS LIFE:

Dr. Boniface is a Pastor at the Foursquare gospel church Nigeria

Dr Boniface and his family

Dr. Boniface and his wife

This documentary has opened a fresh can of worms in the West African academic sphere as terrible deeds of some unscrupulous lecturers have been exposed. It is alleged that following the damning exposé Boniface attempted to end his life due to the immense embarrassment it has brought to him.