Michy jams to Stonebwoy’s Shuga at her birthday party 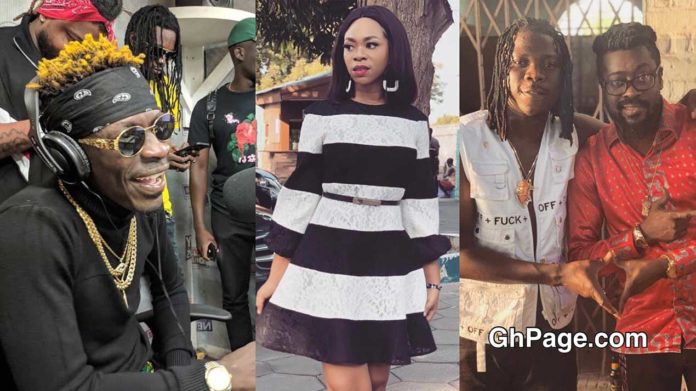 ‘Shatta’ Michy in a video GHPAGE.com has sighted was spotted jamming to Stonebwoy’s latest banger Shuga during her birthday party on Saturday, May 4, 2019.

In the video, Michy displayed her dance skills and looking at her demeanour she really loves the song.

Formerly Shatta Michy who now prefers to be called Michy GH action’s surprised many because Stonebwoy and her baby daddy, Shatta Wale are not in good terms.

But for her, she had none of that as she celebrated her birthday with her friends and fans. As expected, the video which is currently trending has caught the attention of social media users.

As usual, the video which is currently trending has caught the attention of social media users.

@mewura18 jabbed Shatta Wale: “Opana said he wanted to tame Michy. Michy is her own woman, if Opana is able to misbehave in public then she is also free to be her own woman. I just Dey feel Michy. Shuga things.”

However, Shatta Wale in an explosive interview with Joy yesterday revealed that the leader of Anointed Palace Chapel Rev. Obofour bought plane tickets and both flew to Michy’s hideout in Kumasi to beg her to return home with Majesty but she told them she wasn’t ready.