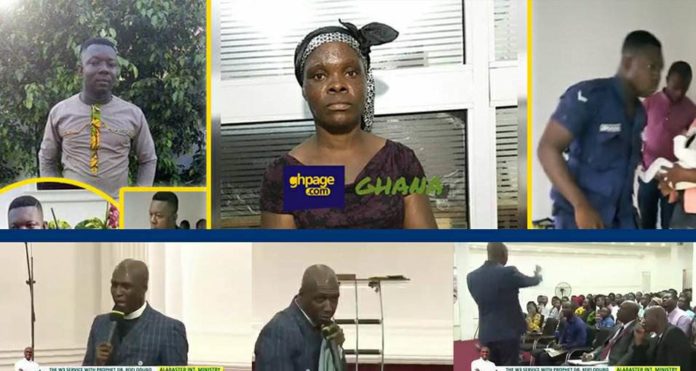 Midland Savings and Loans and the police officer have over the week been subjected to insults and ridicule from Ghanaians for their involvement in the brutality of the nursing mother who had gone there to withdraw her GHC270 she had saved with them.

But unfortunately for her, things turned out sour as she was subjected to severe beatings by one police officer, Fredrick Amanor.

In the cause of the beatings, officers and workers of the bank stood and watch while the policeman meted beatings on the woman.

It seems the hash insults from various groups of people have triggered one man of God to support the action of the policeman.

According to Prophet Oduro, what the police officer did to this woman is what many me do their wives at home but have the nerve and boldness to condemn such actions.

read this: Afia Schwarzenegger prays for a Police to beat her up

“You have not solved your own issues but you are pointing fingers at someone going through the same issue. Have you worked on your bad character and the treatment you are giving your wife at home?” he quizzed.

He further stated that many men put their wives, mothers and sisters through the same situation but will still have the guts to insult the police officer querying that why he did not face a man of his calibre but rather beat the hell out of a nursing mother.