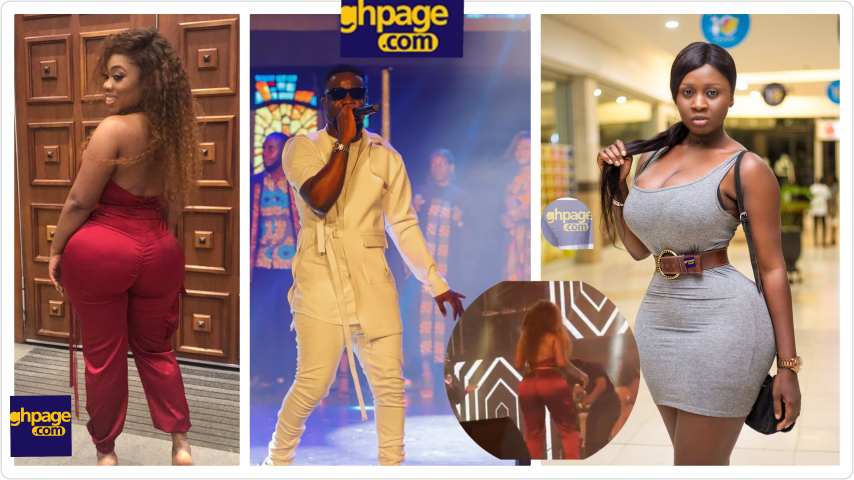 And this edition did not disappoint as it brought together one of the biggest array of stars performing under one roof.

One scene from the event that has received lots of talking point was how Moesha Budoung and Princess Shyngle took to the stage to compete on who dances best.

Read Also :Stonebowy together with Lydia Forson wow the stage at Decemba 2 rememba 2018

The host of the concert, Nana Aba Anamoah at the commencement of the concert called Moesha and Princess Shyngle to exhibit their dancing prowess to the about 40,000 fans present.

As usual, Moesha Budoung and Princess Shyngle after climbing the stage with cameras all focused on their curvy hips danced their hearts out to the admiration of music lovers present.

Watch the video of Moesha Budoung and Princess Shyngle in a dance competition at Sarkodie’s 2018 Rapperholic concert below.