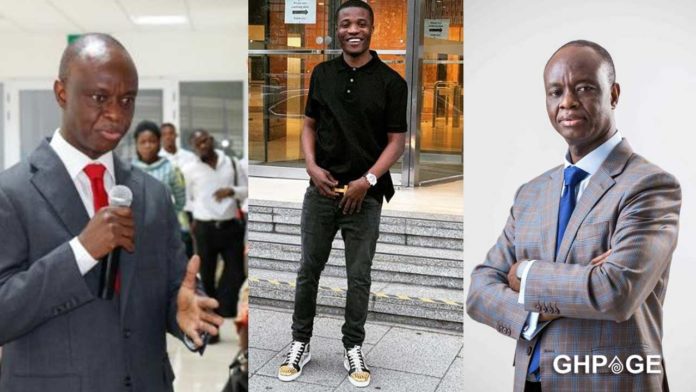 Social media commentator Stanley Kodia aka KOD on social media and the unofficial brother of Nana Appiah Mensah aka NAM 1 has thrown his weight behind Broadcast journalist Kevin Taylor after the journalist revealed the government is planning on blocking social media ahead of the 2020 elections.

According to Kevin Taylor, the NPP led by President Nana Addo Dankwa Akuffo Addo is planning to shut down social media before, during and after the 2020 elections and this is going to be done by the boss of the National Communication Authority Mr. Joseph Anokye.

Well, some few hours after the video, KOD has also recorded a video to back what Kevin Taylor said about the NCA boss stating that Mr. Anokye was the one who won the elections for the NPP by manipulating the EC’s computer.

According to KOD, Mr. Anokye was happily working in the US for NASA and Cisco but NPP brought him down to help carry out their plans.

He continued that after the party had succeded in winning him over to their side, they decided to keep him by giving him the cousin of the finance minister known as Alice Ofori-Atta so he(Mr. Anokye) won’t think of exposing the party or leave.