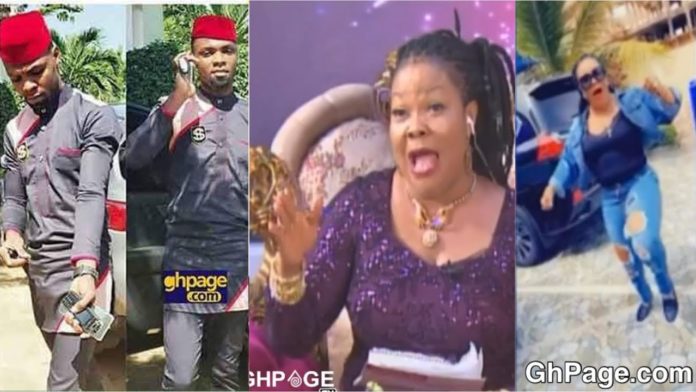 In Nana Agradaa’s latest revelation, she stated that despite the insults to her from Rev Obofour’s camp, he called her to apologize.

The fetish priestess also leaked a part of the conversation she claimed she had with Rev Obofour.

According to Nana Agradaa, at the right time, she will leak the whole audio to prove that Rev Obofour contacted her to beg for forgiveness.

According to Nana Agradaa, Rev Obofour initially claimed he knew nothing about Auntie B’s reply to her.

Nana Agradaa also warned the junior pastors and followers of Rev Obofour to be mindful of things they say against her because she has videos and audios to buttress her allegations.

She also stated that she will reply and expose Rev Obofour accordingly if his junior pastors and other workers insult her again.