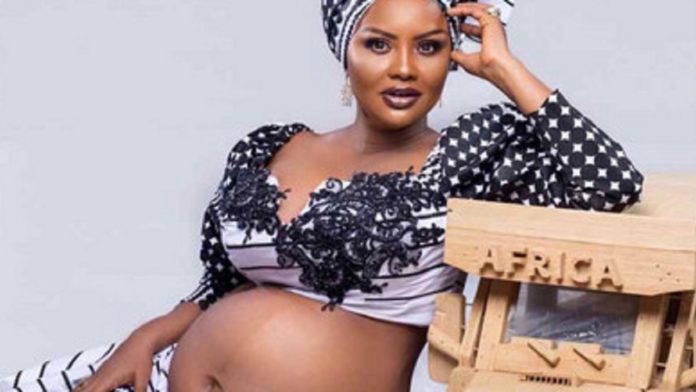 The proud mother who has kept her beautiful daughter out of the public eye has finally decided to show her to the world.

The award-winning actress explained that she has decided to share the difficulties, the tears, sorrows, and joy associated with motherhood to her followers.

Nana Ama McBrown added that she will also be revealing every step of the growth of her daughter Baby Maxin to the world.

The actress who was full of smiles couldn’t hide her joy as she expressed excitement about the feeling of being a mother and how she is so lucky to have such a wonderful gift.

Nana Ama McBrown and her husband Maxwell Mensah tied the knot in a lavish private ceremony in 2016 and have always desired to have a child.

However, the couple prayers were answered and in March 2019, welcomed their first child Maxin Mawushi Mensah.

On the 42nd birthday celebration of the actress, she revealed the difficulties she encountered in her bid to conceive.

Nana Ama McBrown indicated that she has been trying to have a child since 1999 but all her efforts proved futile.

According to Nana Ama, she has never had an abortion and also went through all the right medical procedures to be able to conceive but nothing happened.

She added that her husband was very supportive within those trying times and always encouraged her to be patient.

The actress expressed appreciation to her husband for his support and also to the Almighty God for blessing her with the fruit of the womb.