Nayas’ husband breaks silence after marriage to the ‘controversial’ actress 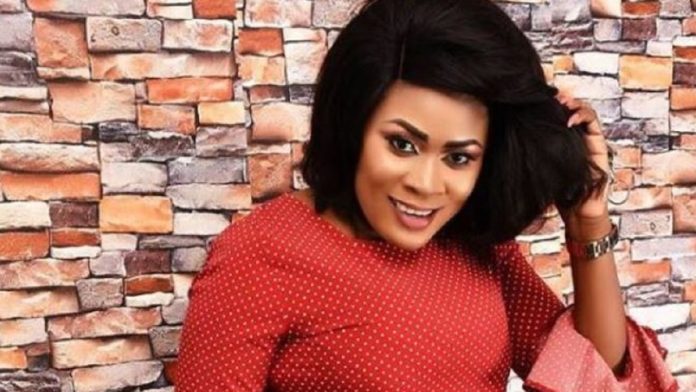 The husband of popular Kumawood actress Nayas has spoken after his marriage to the controversial actress.

Nayas’ husband, who is the Asanteman Kontihene of Hamburg, Germany Nana Sarfo Kantanka disclosed that he has known the actress for almost two years now.

According to Nana Sarfo, he has always known Nayas to be a very respectful woman despite her status as an actress.

He further stated that he has heard and seen all the controversies Nayas has been involved in, including her issue with former boyfriend Ernest Opoku but is not perturbed about that.

Nana Sarfo Kantanka added that he even advised her after the unfortunate incident happened at Adom Fm.

The Asanteman Kontihene of Hamburg also stated that he decided to settle down with Nayas because she is very humble and has always seen her as his wife.

Yesterday, 20th September 2019, actress and producer Nayas originally known as Gladys Boaku got married to her boyfriend who is based in Germany.

The private ceremony was attended by some celebrities including Afia Schwarzenegger, Adwoa Smart, Pamela Odame, Bro Sammy, Christiana Awuni and several others.