Opambour reacts to the tragic death of Ama Broni 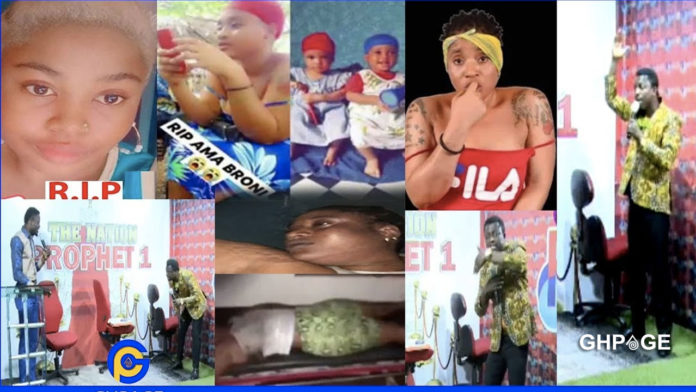 The head pastor of Ebenezer Miracle and Worship Center, Rev Ebenezer Opambour Adarkwa Yiadom popularly known as Prophet 1 has reacted to the tragic death of slay queen Ama Broni who passed away after twerking unclothed on stage.

Prophet 1 described Ama Broni’s death as an unfortunate one which could have been avoided.

He also condemned the organizers of the show for allowing the young girls to twerk on stage for money.

The controversial man of God also advised the youth to learn lessons from Ama Broni’s death and to desist from living reckless lifestyles.

Opambour also advised that men who have plans of settling down should be mindful of the women they marry.

This comes after there were reports that a young lady known as Ama Broni met her untimely death after she twerked on stage at a carnival in Budumburam, Kasoa.

Ama Broni, after twerking unclothed on stage passed away, after she was electrocuted by some wires she fell on while leaving the stage.

The young girl was rushed to the nearby hospital for treatment but was pronounced dead on arrival.

According to reports, Ama Broni was a mother of 3 with two being twins who are just seven months old.