Asamponhene of Kumasi & brother to the owner of Sikka FM, Nana Fodour murdered 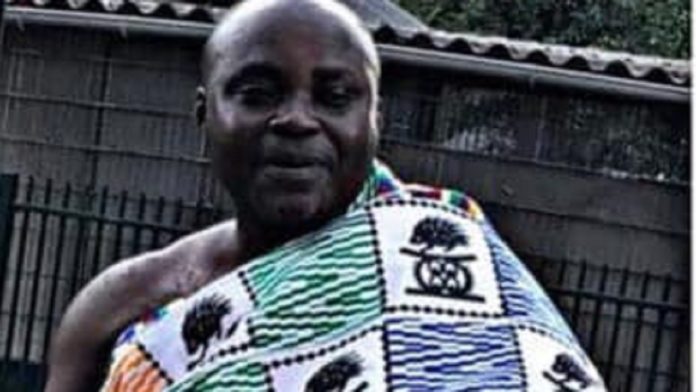 We are told Nana Fodour is the brother of Nana Gyambibi Kwasi Boachie who is also the owner of Sikka FM.

Nana Fodour who doubles as the Asamponehene of Kumasi was murdered in his vehicle while he was travelling on the Ejura – Nkoranza road.

According to the police officers, they received a distress call about a car being involved in an accident but when they arrived at the scene, they found Nana Fodour in a pool of blood.

The police officers reported that the victim was stabbed and that the attackers attempted to set the vehicle on fire.

However, the dead body of Nana Fodour has been deposited at the Komfo Anokye Teaching Hospital (KATH).

The police have also commenced investigations into the murder case and believe the incident was chieftaincy related.

The Chief and businessman was also the owner of the popular X5 pub at Ashanti New Town in Kumasi near the New Patriotic Party (NPP) Ashanti Regional office.