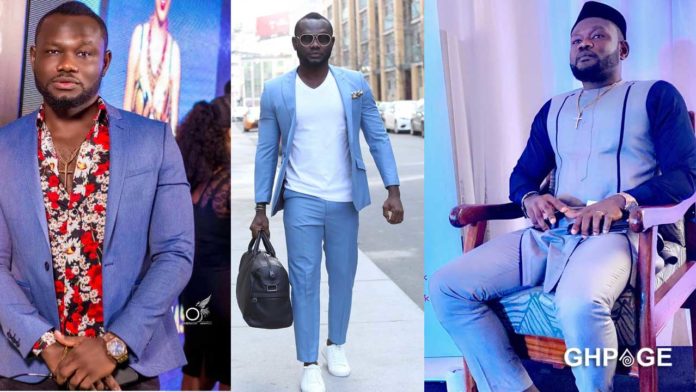 Chris Vincent revealed this “filla” on the celebrated actor after he commented on Frema Askar response to the juju allegations leveled against her by the same Chris Vincent where he asked that is was about time that they(celebrities) start suing bloggers over fake reportage.

He posted: “Any Blogger wakes up write whatever they like or hear about celebrities without proper scrutiny to authenticate the veracity of story.. Time to start suing their ass”.

His comment angered Chris Vincent who in a series of posts on him timeline launched an attack on him from his command in the English language as well as the exposé of owing and not able to settle his debt.

He first posted: “Prince David Osei, your ignorance is astronomically offensive—the sort of English you write is extremely pathetic and yet you wouldn’t shut that your mouth that is known for its hallmark smell on issues.

Aba! You don’t even know the difference between it’s and its. Where did you go to school?

We too we are tired of ignorant road side unemployed pillocks claiming celebrities!

At least bloggers write and most of us are intelligent than you, what do you do for a living Prince David Osei? Just sit on Instagram 24/7 huh?

He later came back and posted: “Prince David Osei—go and pay the 500 Cedis you borrowed from Aplus a few days ago and the others! And stop lying that his wife has done this and that! Broke Celebrities! Common 70 pounds you had to borrow! Ah!” 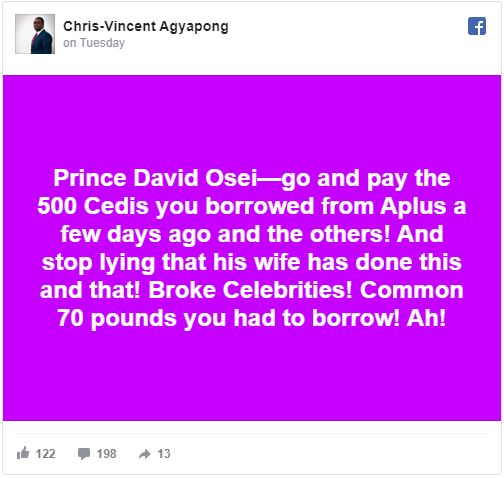