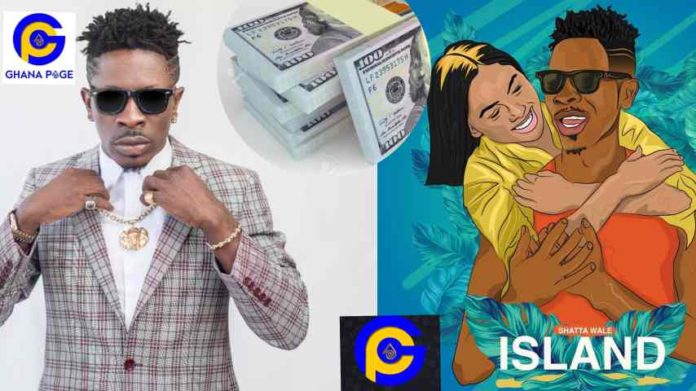 Popular dancehall music artiste, Shatta Wale who  believes he is the richest musician in Ghana has thrown a challenge to his SM diva’s.

The Shatta Movement diva’s are to participate in his #IslandChallenge twerk/dance and who wins will be given $500 as the prize for the competition.

Read Also :Shatta Michy allegedly robs Wale and runs away with his newly purchased Range Rover together with Majesty

Below is how to participate in Wale’s #IslandChallenge…

‘Island’ which was produced by YGF records is a new single released by Shatta Wale.

Even though the video is not out, the lyrics video has a cartoon design of Shatta Wale and his long time girlfriend Shatta Michy depicting that the single is dedicated to his lover.

This is not the first time ‘Champion’ Shatta Wale is recording a song in admiration of his long time girlfriend Shatta Michy.

In 2016, Shatta Wale recorded ‘Chop Kiss’ in admiration of his ‘baby mama’ and consequently shot the video with her making the song a big hit.