I am not at war with Asiedu Nketia- Kennedy Agyapong 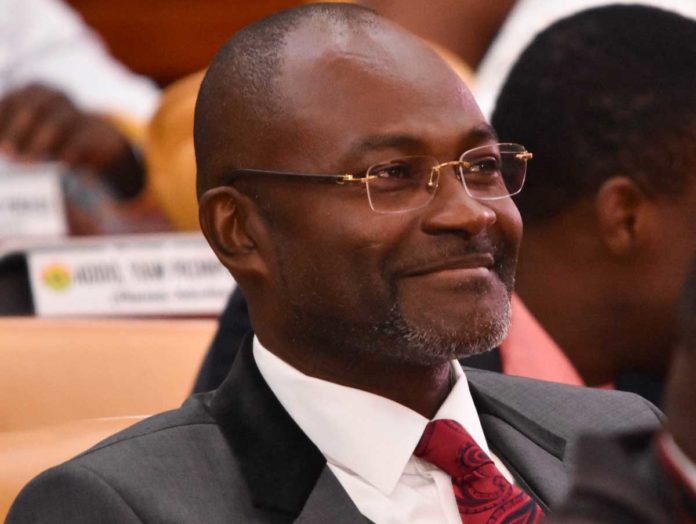 The Member of Parliament of Assin Fosu, Hon. Kennedy Agyapong has said categorically that he is not in any way at war with Asiedu Nketia, the General Secretary of the leading opposition party, National Democratic Congress (NDC).

He disclosed that some people with fake social media accounts want to generate a needless tension between them and pondered what could be the reason for such an idea.

He further stated that a message is circulating on social media claim to have been sanctioned by him bringing forth an alike reply from the General Secretary, he went on to say that his interest is not in social media and therefore the purported message is not authentic, he revealed this on NET 2 TV.

“Few days ago I greeted Asiedu Nketia in parliament…he refers to me as controversial so I shouted contro and he said same.”, Ken Agyapong said.

He told me that what is trending on Facebook is true and I said same because and that people are making them up. Twitter and Instagram are not worth my time. I will use that time to make money”, he disclosed this in an interview.

Per the Honourable MP, those insinuating the forged messages are not sharp with the creating of what they put in the public space because it lacks consistency and facts.

“The person who first sent the message to me I respected him but I insulted him. I don’t want to cheapen myself with this kind of stories. Let us dream big, let’s think big, let’s talk big and do things big and stop this myopic thinking from idiots”, he added.