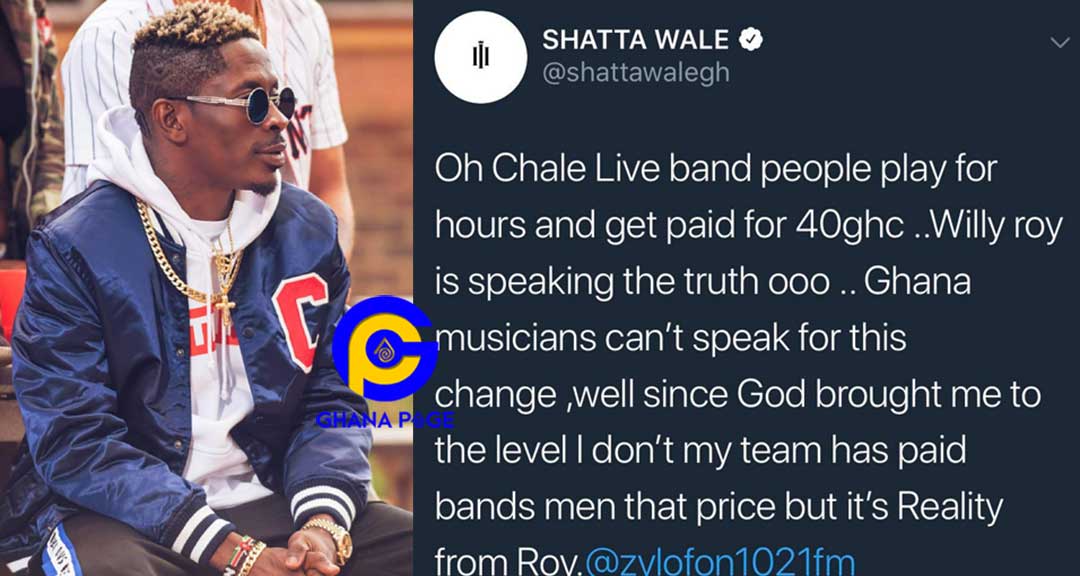 There is no celebrity in Ghana who has been mocked most for his poor Engish construction online than the self-acclaimed Dancehall King, Shatta Wale. Well, he has done it yet again sparking another trolling on Twitter.

SEE ALSO: Menzgold and how NAM1 succeeded in scamming millions of Ghanaians

Backing Willi Roi, Shatta Wale attempted to say that Willi Roi is right and Ghanaian musicians should speak up against it to bring about change. Shatta Wale also stated that since he reached his level, his team has never paid Live band performers such low amount but some really take that small amount after performing.

“Oh Chale Live band people play for hours and get paid for 40ghc ..Willy roy is speaking the truth ooo .. Ghana musicians can’t speak for this change, well since God brought me to the level I don’t my team has paid bands men that price but it’s Reality from [email protected]”.

This tweet is what has ended him on the trolling plate this morning. Fans and followers claim the tweet makes no sense at all. According to the followers, they have read the tweet severally but still can’t comprehend what Shatta Wale is really trying to say.

SEE ALSO: Lady finds out her boyfriend of 4 years is getting married in 2 days

Whiles some are asking if he took his meds this morning, others begged him to go back to Shatta Michy for her to continue typing for him.

Read some hilarious comments below 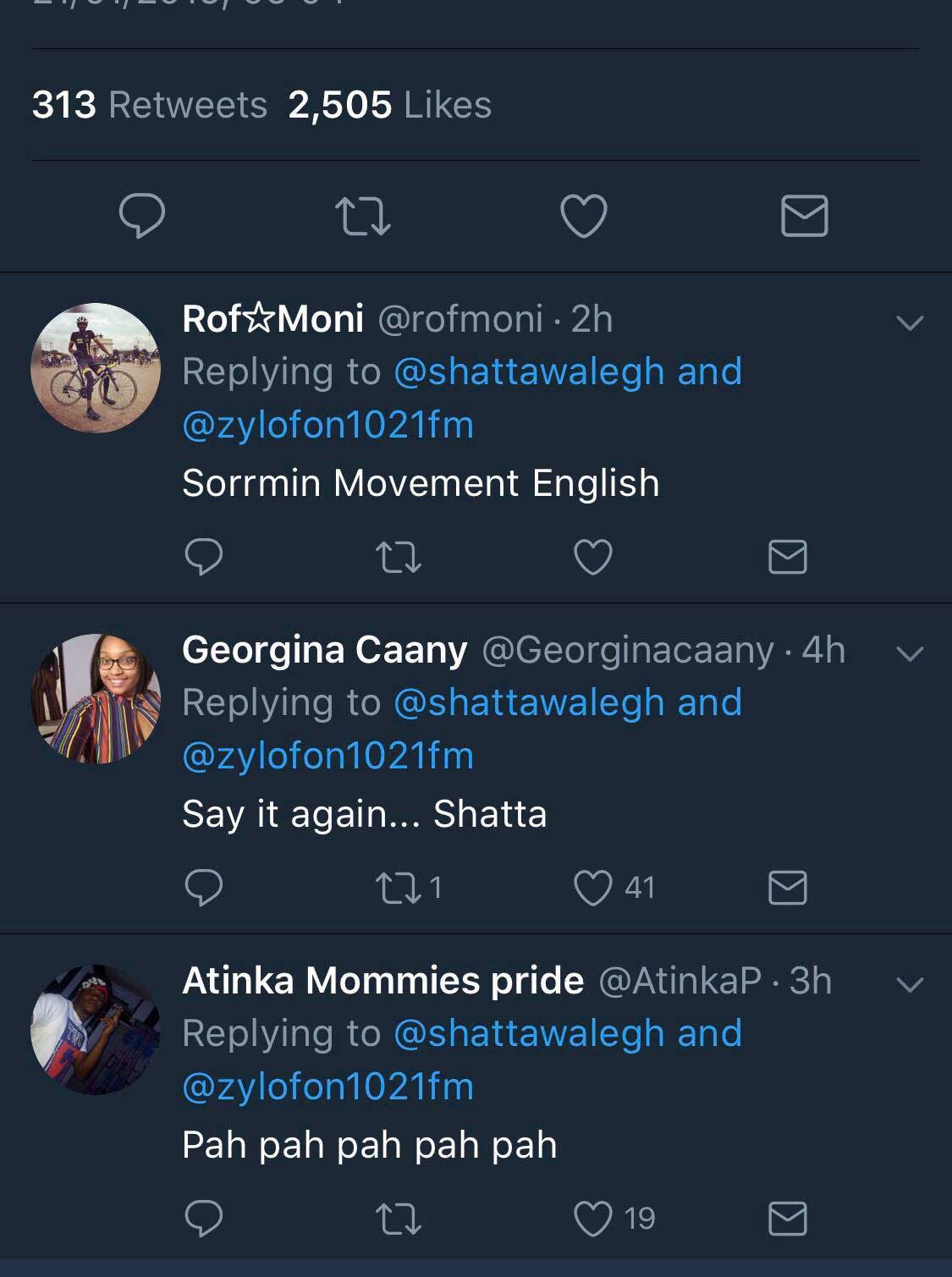 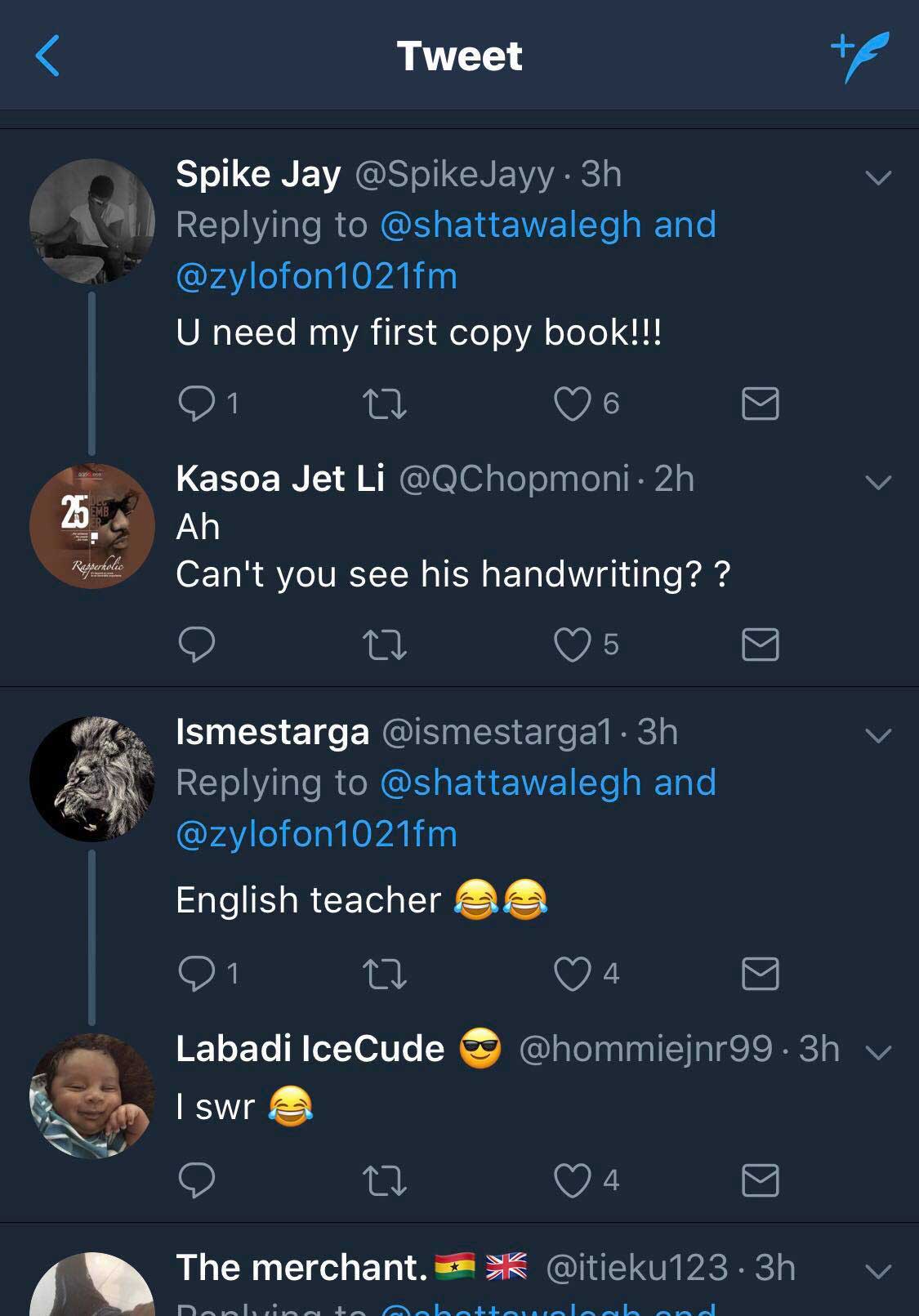 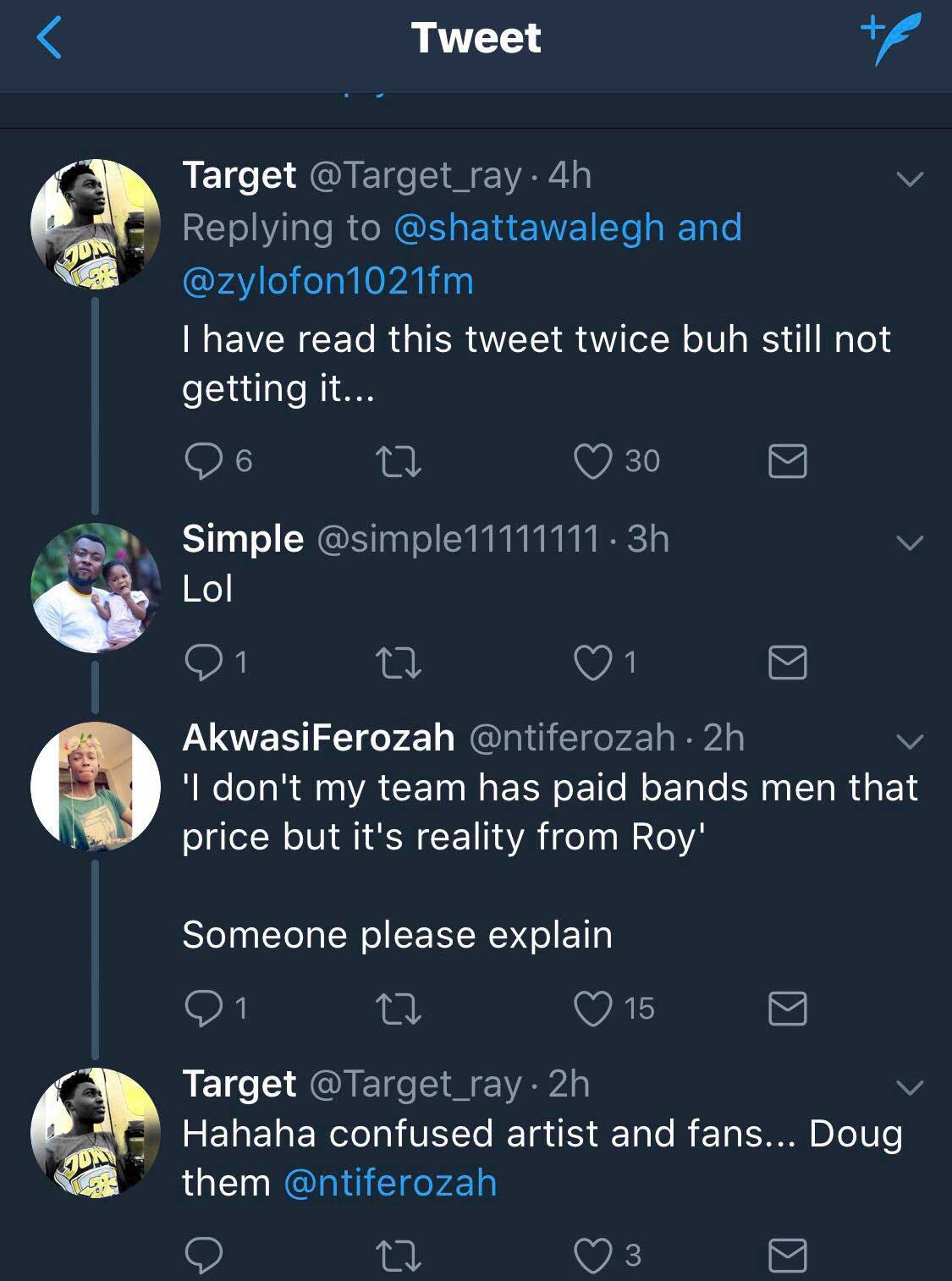 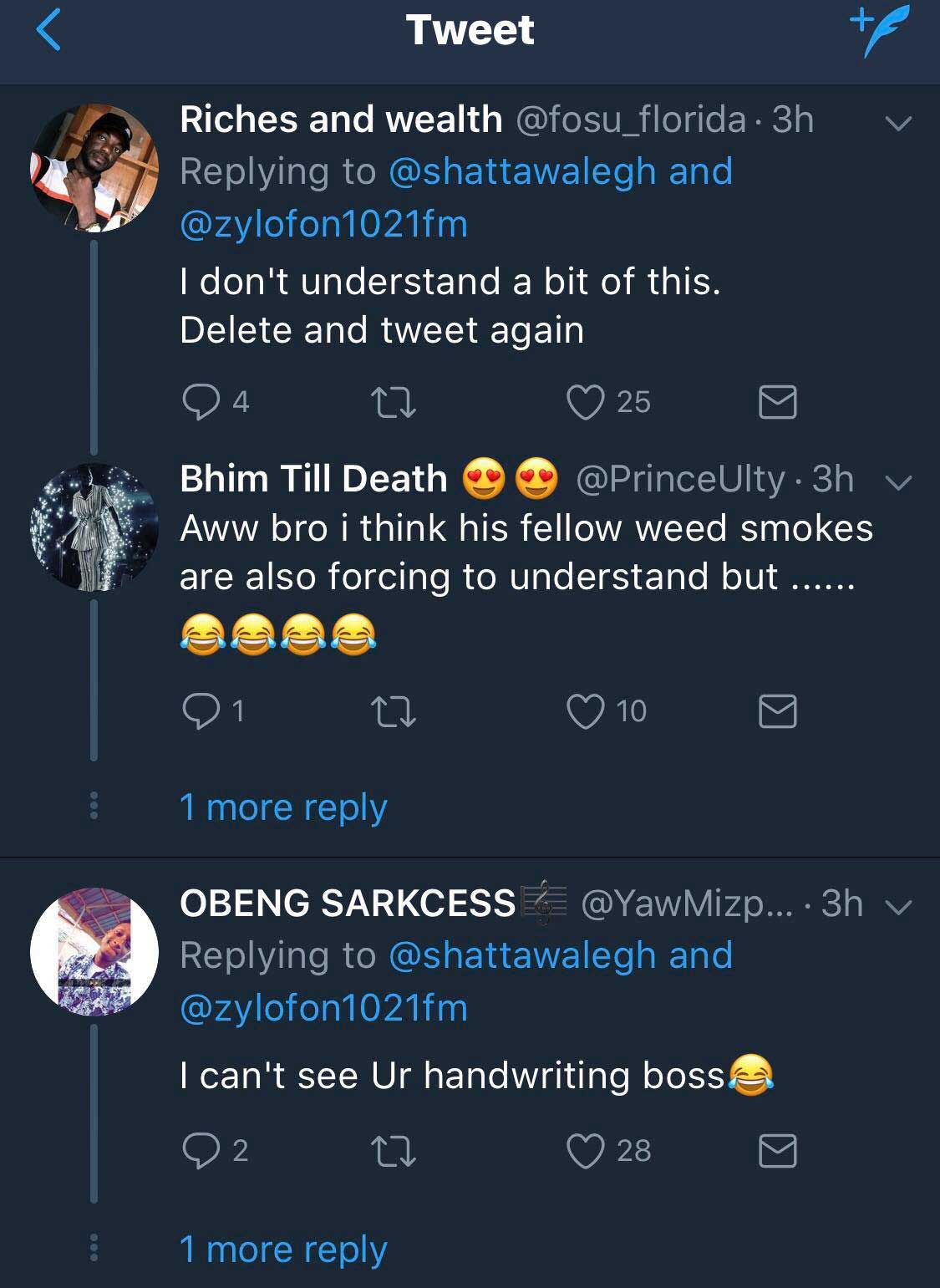 SEE ALSO: Main girlfriend chews the lips of boyfriend’s side chic in Takoradi