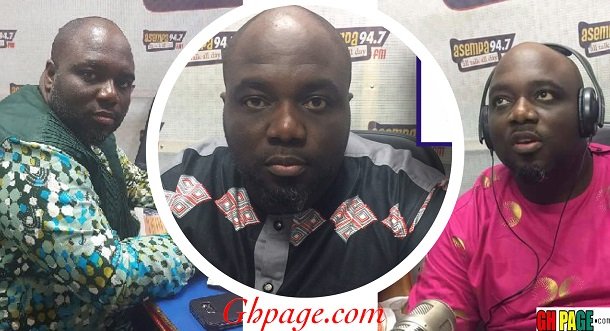 This morning we received reports that the talented broadcaster with The Multimedia Group Limited, Kwadwo Asare Baffuor Acheampong has died.

The KABA, abbreviated from his name is what he was popularly known, died in the early hours of Saturday, November 2017 at the Korle Bu Teaching Hospital.

However, what Ghpage.com gathered from inside sources, that’s from those close to the deceased indicate that— he was rushed to the hospital after his sugar level shot up but couldn’t make it upon reaching the hospital.

KABA until his sudden death, was the host of popular late afternoon political talk show, ‘Ekosii Sen’ on Asempa 94.7 FM.

He was survived by his parents, wife, and daughter.

What is or the cause of high blood sugar levels?

High blood sugar usually comes on slowly. It happens when you don’t have enough insulin in your body. It can happen if you miss taking your diabetes medicine, eat too much, or don’t get enough exercise.

Sometimes, medicines you take for other problems may cause high blood sugar.

Share
Facebook
Twitter
WhatsApp
Pinterest
Previous articleVideo: This Is Hilarious – Kumkum Bhagya stars dance One Corner with Lilwin performance at the stadium
Next articleHere’s what KABA posted on his social media handles just a day before his death