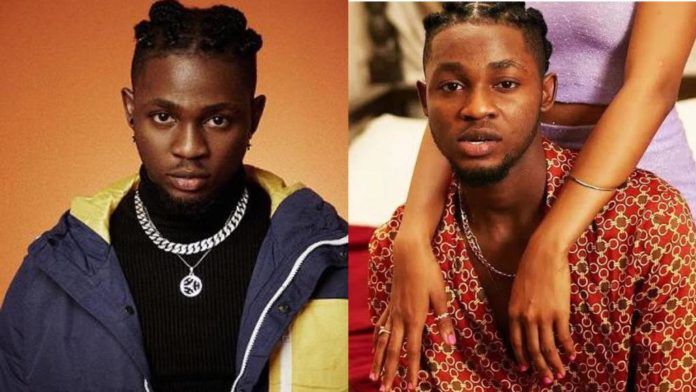 Nigerian singer Omah Lay has revealed his sexual encounter with his therapist, who was supposed to help him get out of depression.

According to him, he was battling depression and needed urgent psychological help.

Thus he visited his female therapist who ostensibly was in the position to offer help.

However, one thing led to the other and he ended up sleeping with her. Opening up on social media about his misdeed, Omah Lay intimated that depression pushed him to the brink and sleeping with his therapist was the ultimate solution.

The “Godly” hitmaker revealed when he used to deal with suicidal thoughts, depression and abandonment. hat influenced the songs he wrote and why he had to sleep with his therapist.

Omah Lay explained his action in a series of tweets:

Boy Alone might be the last time y’all will hear me cry on a song, On G I was dead ass down, insecure, scared, depressed, loosing my mind like I was literally gonna kill myself.

My depression became worse after I knack my therapist.

People I use to look up to stopped showing me love, I looked at people in the eye and saw doubt, disrespect and hate on G I lost myself, maybe I was just overthinking I don’t know

I felt like I lost it until After I finished recording Boy Alone, I listened to myself and realized I’m one of the hardest shittt African music have ever seen!!”