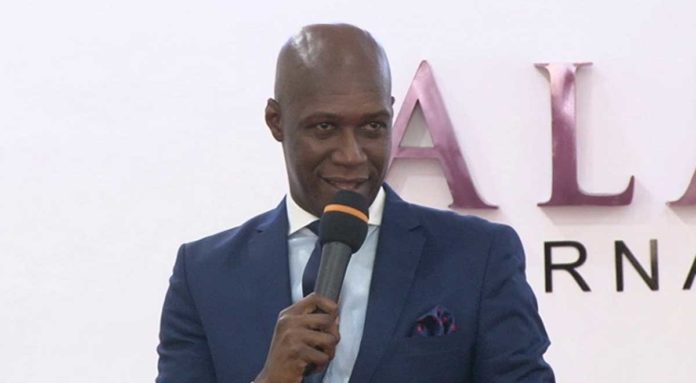 The founder and leader of Alabaster International Ministries, Prophet Kofi Oduro has advised married women to take care of their husbands or stand the risk of losing them to the side chicks.

The outspoken man of God stated that some married women stop taking care of themselves after marriage which to him is bad.

Prophet Oduro further stated that some wives also stop impressing or taking care of their husbands after marriage, adding that such women will surely lose their husbands to side chicks.

He added that for a marriage to flourish and grow, women must continue to do the things they did during courtship and also take care of their partners in every way.

Prophet Kofi Oduro also advised women to stop the habit of tying wrappers around themselves when at home but should always look attractive and appealing.

“Wives must give competition to these side chicks else they will snatch your husbands”, Prophet Kofi Oduro advised.

According to him, marriage is not over after the vows are exchanged or the rites are performed but there is still work to be done to maintain the marriage.

Prophet Kofi Oduro is popularly known for preaching about relationship and marriage and has also received heavy backlash over some comments he made.