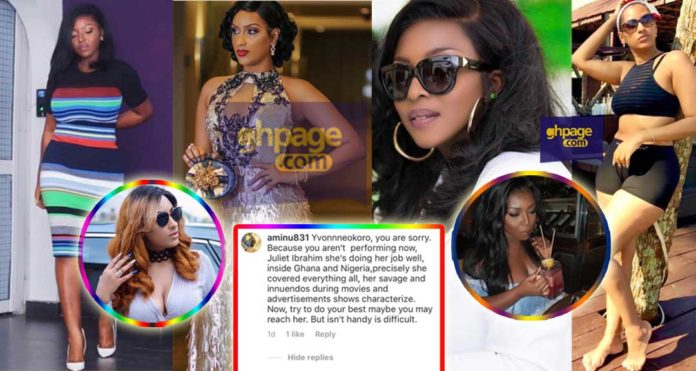 Sensational Ghanaian actress, Yvonne Okoro has angrily descended on one of her fans on Instagram for comparing her to her colleague actress, Juliet Ibrahim and further stating that Juliet is far better than her.

Yvonne Okoro shared a photo of her gorgeous self with the caption: DVF x Loubs x a little filter goes a long way. From nowhere, one of her followers commented rudely on the photo.

The fan with the username @aminu831 wrote:

“Yvonnneokoro, you are sorry. Because you aren’t performing now, Juliet Ibrahim she’s doing her job well, inside Ghana and Nigeria,precisely she covered everything all, her savage and innuendos during movies and advertisements shows characterize. Now, try to do your best maybe you may reach her. But isn’t handy is difficult.”

The comment did not go down well with Yvonne Okoro who gave him a piece of her mind. She even told the young man she just acquired her Bachelor Degree in law. 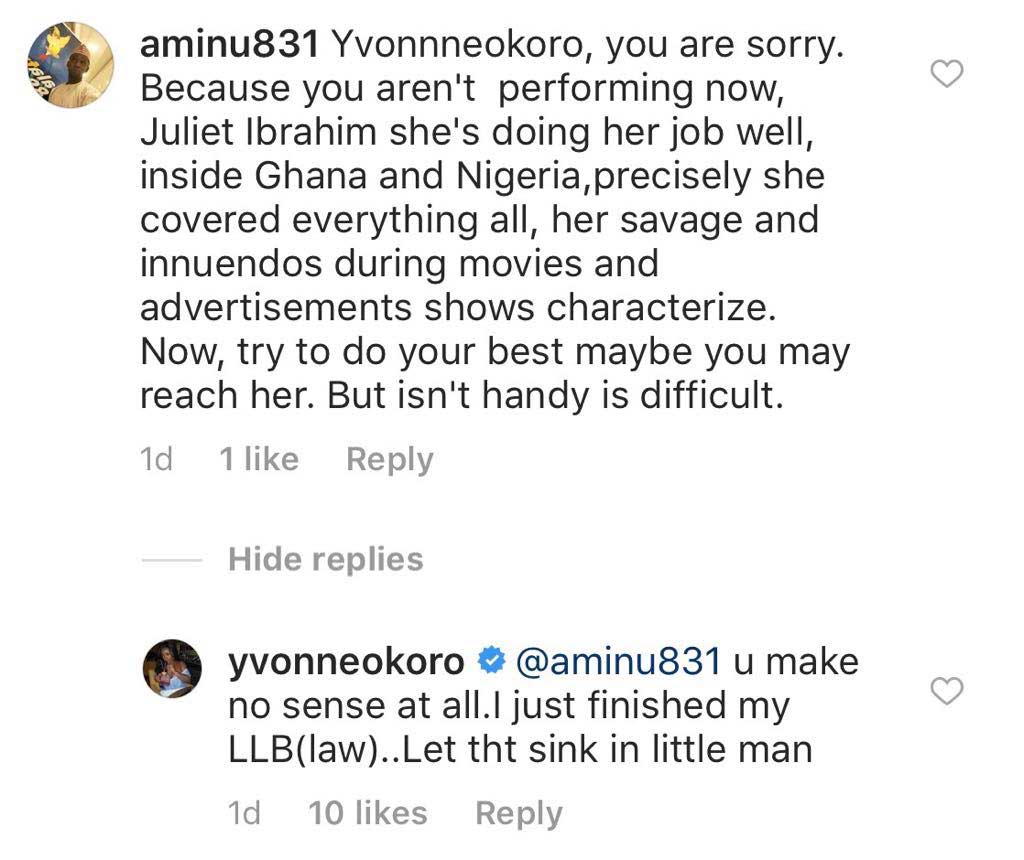 The comment from the “little man” has since sparked outrage on Instagram with many of the fans of Yvonne Okoro angrily condemning the “Litte man”.

But seems little man is not giving up on his stance. He is fighting anyone that defends Yvonne Okoro with some insane passion.

Stay with Ghpage.com for all your celebrity news