Someone should help me warn that thing called NAM1-Afia Schwar 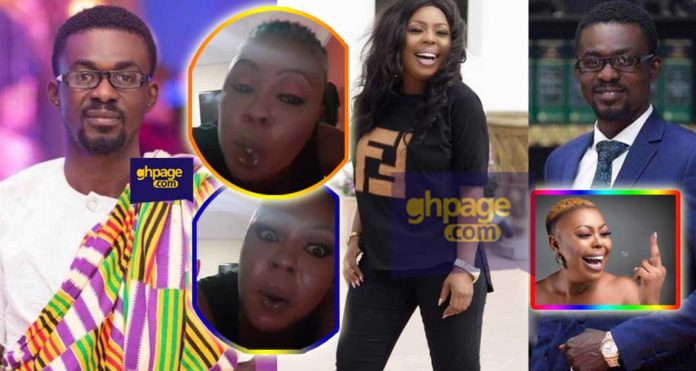 Controversial media personality, Afia Schwarzenegger has sent a chilling warning to the CEO menzgold, Nana Appiah Mensah and has threatened to spit fire on him if those close to him do not warn him against her.

According to Afia Schwarzenegger who posted an angry video on her Instagram page as early as 3 am today 22 Sept, as spotted by GHPAGE.COM said she has not slept the whole night and she is really pissed with something NAM1 has done or probably said about her.

Afia called on Otumfuor, Nana Addo, Menzgold PRO George Quaye, Sammy Flex, Socrates Sarfo and others close to NAM1 to take the warning seriously and talk to NAM1 to becareful how he deals with her

It is currently not clear what NAM1 has said or done to Afia Schwarzennger that kept her awake all night but Ghpage.com recalls that since the Menzgold and SEC brouhaha started, of all the celebrities, it is only Afia Schwarzenegger who has been bold enough to tell investors of Menzgold that they have been scammed big time!.

All the rest of the celebrities have been “standing with NAM1” despite the fact that it’s been revealed none of them have their money invested with Menzgold according to Afia Schwar.

Without jumping into conclusion, Ghpage.com suspects her boldness in telling people the ‘truth’ about the true state of Menzgold is what may have infuriated NAM1 who reacted leading to this standoff.

Already, it’s been revealed that what was sold to investors as pure gold (Aurum) is nothing but pieces of roofing sheets disguised as real gold (Aurum Utalium).

WATCH AND LISTEN TO AFIA SCHWAR BELOW

STAY WITH GHPAGE.COM WE ARE FOLLOWING THE STORY.