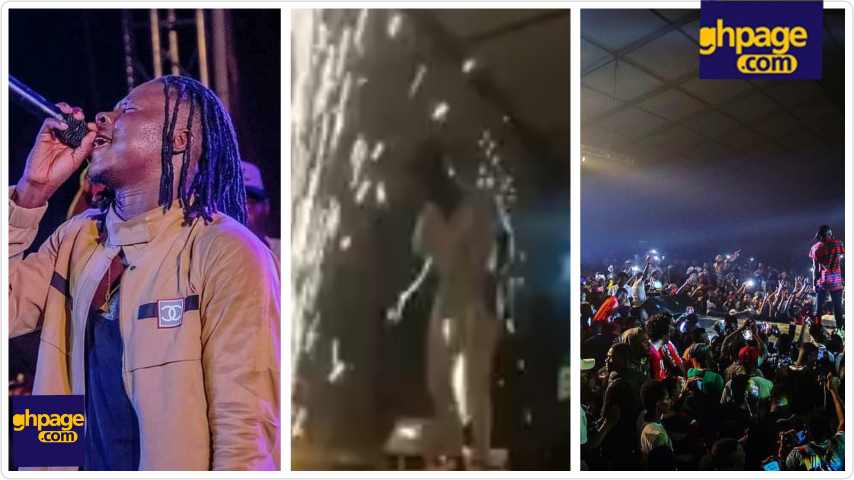 The 2018 edition of the annual Bhimnation concert  by Stonebwoy , which came off yesterday, December 28, 2018, at the Fantasy Dome was just too hot.

As always, Stonebwoy’s  performance and stage appearance get music lovers into that epic moment as some media personalities present at the concert described.

The whole auditorium went wild with fans screaming on top of their voice as Stonebwoy, who was uniquely dressed appeared on stage in a very unusual and unexpected but classic manner.

The hastag ‘fill the dome’ really manifested because the Fantasy Dome was filled  to it’s limit.

The #FillTheDome Concert with Stonebwoy brought  on board some of the country’s longest running commercial acts.

The Rapperholic and BET & MTV Award winner Sarkodie, BET Awards Nominee & Channel O Award winner the Ghana Bwoy D-Black, MTV and MOBO Award winner Samini . and the Lynx duo Kidi & Kuami Eugene all join the huge rooster of stars who  shut down this years #FillTheDome Concert with Stonebwoy with some of their hits over the last 10 years.