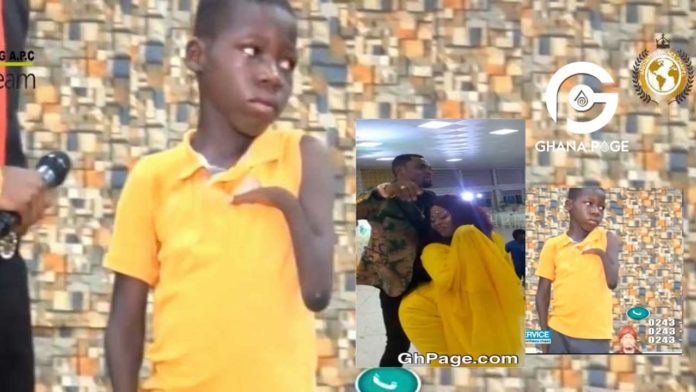 The founder and leader of Anointed Palace Church, Reverend Obofour has once again discovered another strange child at his church to the shock of many people over the world.

Obofour was at the Kumasi branch of Anointed Palace Church when God ministered to him about a God-fearing woman who had brought her child for assistance.

The mother revealed that the father of the boy has left them and they live in an uncompleted building with no doors and windows. She has never been able to send her son to school since he was born.

Obofour who felt sad looking the boy who said he wants to be a bank manager when he grows up called one of his church members to immediately move the mother and son from the uncompleted building into a hotel.

The same church member should also find 2 bedroom house and furnish it with everything needed to make life comfortable for them.

Reverend Obofour also promised the mother GHC10,000 to start a business. Obofour will again see the boy through school.

Just a few weeks ago, another boy with a strange figure was discovered at Reverend Obofour’s church.

Obofour sent the chid to the hospital and promised to fly him abroad for treatment if the need arises.