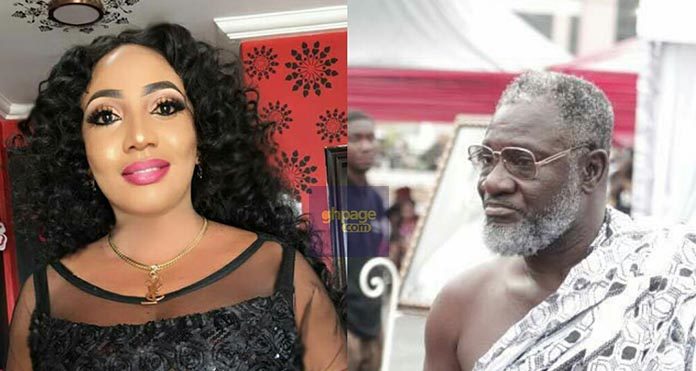 The failed parliamentary aspirant for Trobu constituency and musician, Diamond Appiah has fired shots at the father of the late talented dancehall artiste, Ebony Reigns.

According to Diamond, the father of the late singer, Mr. Opoku Kwarteng didn’t know the whereabouts of his daughter until she became a music star.

Diamond who appears to have been angry over some claims by Mr. Kwarteng’s said he is being ungrateful.

In a Facebook post, Diamond Appiah insisted that Bullet single-handedly picked up Ebony and made her star when her father had no idea.

” Mr. Opoku Kwarteng u and I know for a fact that u had no idea of the whereabouts of your daughter before Bullet found her and made her a star,” Diamond Appiah fired.

The politician who seems to know more about Mr. Kwarteng’s relationship with his late daughter questioned why he went silent about album and credits about Ebony’s music career while alive but now claiming his daughter was a good songwriter.

In proving her point, Diamond Appiah posted a list of songs that were written and produced by Bullet for Ebony.

“Pls I believe this album cover was done with the consent of Ebony and she witnessed n admitted to the credentials that bullet wrote almost all the hit songs on the album. So If Mr. Opoku is claiming otherwise then why didn’t He question the management before the album was launched,” she said.

She also urged Ebony’s father to exercise a bit of caution so that she does not soil the good memories of her late daughter.

SEE MORE: Heads At War: Bullet Fires Back At Ebony’s Dad, Tells Him To Be Appreciative