Heads At War: Bullet Fires Back At Ebony’s Dad, Tells Him To Be Appreciative 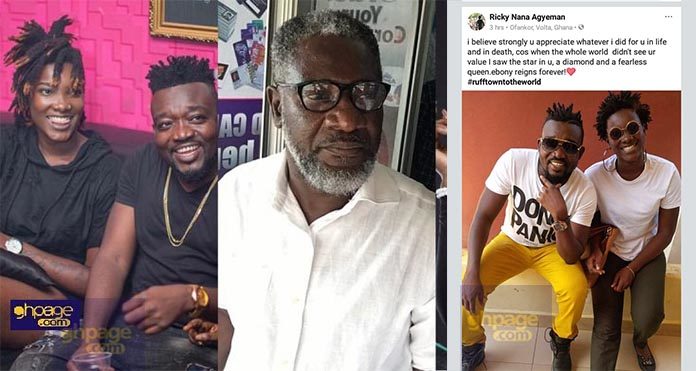 According to him, he was waiting for his daughter to be buried so that he could say whatever that was in his throat.

So far, Nana Poku Kwarteng has made 4 damning allegations and confession about her daughter’s life regarding her music career.

According to Nana Opoku Kwarteng, the late Ebony was not a happy girl before she met her untimely death. He added that Ebony was also not happy with her management due to how she was verbally abused by Bullet.

The grieving father also stated that Ebony was poorly managed and if the management did their work well, Ebony wouldn’t have embarked on the journey that took her life or even if she did, it would have been through a safer way.

In his third allegation, even though that belief has been held by many, he knew Ebony to be a very good songwriter. Nana Kwarteng further noted that before Ebony met Bullet, she had a couple of songs compiled as a demo that got Bullet’s attention to sign her onto the Ruff Town record label.

Nana Opoku Kwarteng said again that his daughter worked hard on her own to get the four awards she had at the just ended Vodafone Ghana Music Awards (VGMAs). Nana added that he dedicates 40% of the awards to Ebony while he gives the remaining 60% to her fans. By his comment, Nana Opoku Mensah ruled out Bullet and Rufftown Records from Ebony’s achievement.

READ MORE: Not Just Ibrah One Arrested; These Are The 9 Big Men Arrested In The Money Laundering Scam So Far

However, the former manager of the late talented dancehall artiste posted a subtle reply to Ebony‘s father on his Facebook timeline. Bullet stated that he is confident the late dancehall musician appreciates what he did for her though many didn’t see her value.

“I believe strongly you appreciate whatever I did for you in life and in death, cos when the whole world didn’t see your value I saw the star in you, a diamond and fearless queen.ebony reigns forever!” Bullet wrote on Facebook. 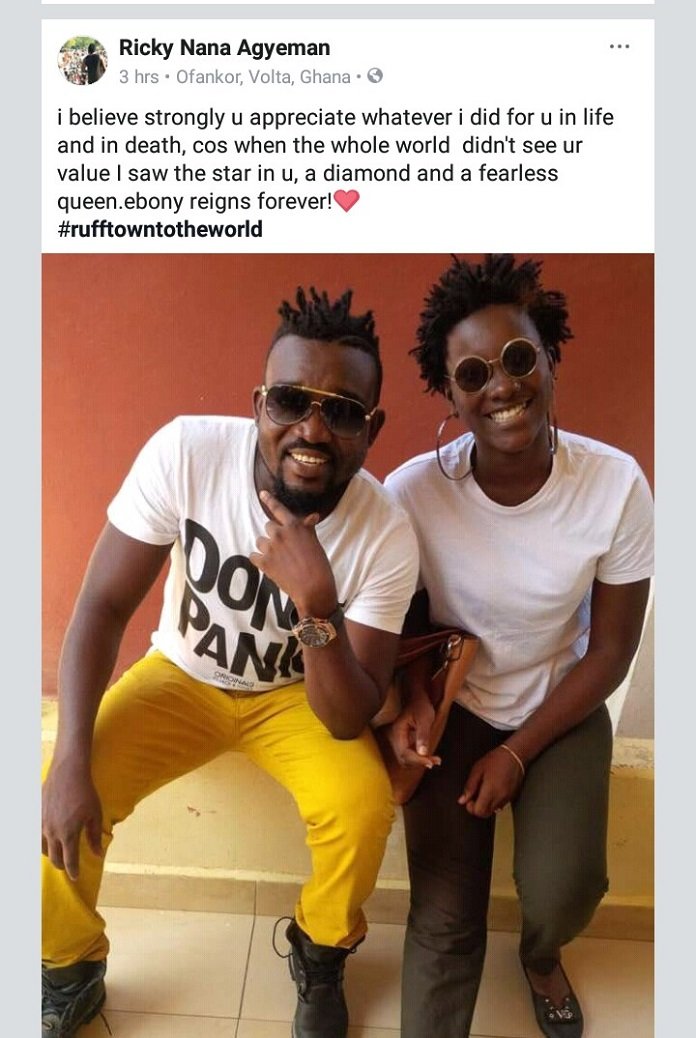