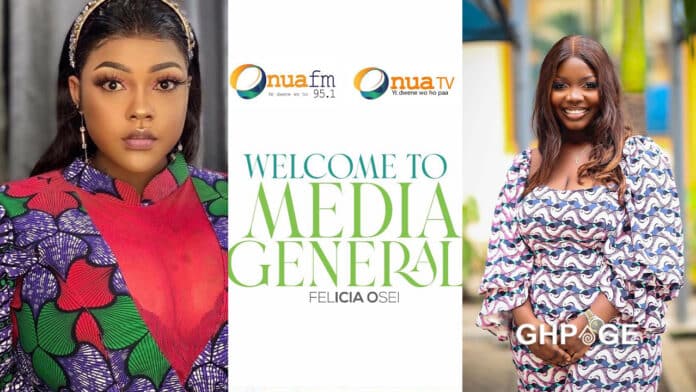 TikTok star and comedienne Felicia Osei has been admonished not to make friends with Mona Gucci following her recruitment by Media General as a presenter on Onua TV.

After her employment was confirmed, Felicia took to Instagram to break the news to her fans by sharing a welcome flyer on her page.

“Lord I’m grateful,” the caption of the post read.

Shortly after making the announcement, congratulatory messages from well-meaning Ghanaians started flooding the comments section with many showering her with praises.

One of the comments which stood out was a note of caution given to Felicia Osei on the relationship she’s about to establish with her colleagues at work.

Anonymous Instagram blogger Adwoatutugyagu without equivocation warned Felicia not to mingle with Mona Gucci, a presenter at Onua TV.

“Don’t go and make friends with SP, we beg you. Thanks and good luck,” she wrote – subtly referring to Mona who’s touted as “school prefect”.

Mona Gucci is known for her flirting with controversies and social media feuds with people including Afia Schwarzenneger and Tracey Boakye among others.

In an exclusive interview with GHPage, Mona Gucci vehemently debunked the allegations.