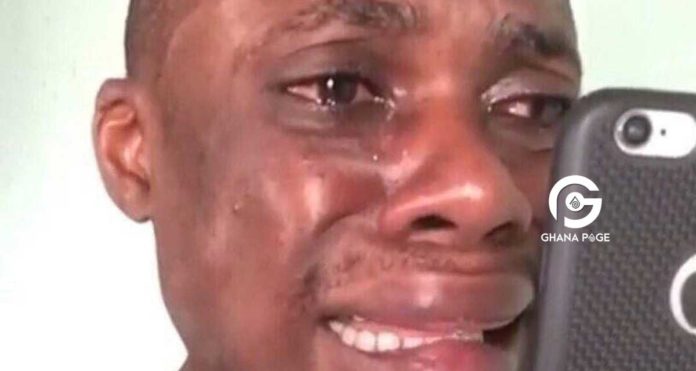 A young lady is trending on social media after she boldly and confidently denied her boyfriend on live radio when she thought it was a private conversation.

The man contacted Giovani Caleb to use his girlfriend for his “prank time” on 3FM. He wanted to be sure she really loves him before they finally get married which is very soon.

SEE ALSO: I’m a very busy person; I can’t waste My time on YOLO again-Fella Makafui on why she is not in YOLO Season 5

Giovani Caleb was simply to call as an unknown person without informing her she was on the radio, starts a conversation with her and find out if she has a boyfriend. If yes, how is the relationship and other stuff like that!

But it came as a shock when the young lady told Giovani Caleb she is single and has no boyfriend. She completely denied being in a relationship with any man.

But when Giovani Caleb told her she was on the radio, she quickly changed her mouth that she was in a complicated relationship.

Unable to contain the shock, Giovani Caleb told her it was her boyfriend, Andrew who asked them to call because he wanted to know how loyal she was.

Listen to the conversation below

Social media users have been reacting to the viral audio since it was shared by Giovani Caleb. Many of the men are asking Andrew to forget about the marriage because she is a potential cheat.

But others claim the lady could be testing the caller and that is why she claimed she was single. Well, tell us what you think in the comment section.