Ghanaian USA based accidentally shoots himself with Police friend’s gun 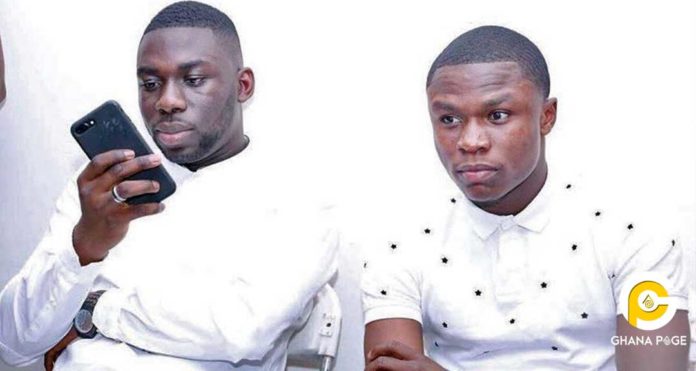 According to the report, both friends live on the same floor at W. Moshulu Parkway South. But the accident happened inside the apartment of Frederick Afoakwah on Sunday, 20th April 2018 at 5:00 pm.

Yeboah who had closed from work joined Frederick at his apartment to play soccer. He mistakenly left his gun on the center table as they play their game together. Frederick who was curious picked the gun to check it out but mistakenly shot himself in the neck.

Yeboah joined the police service in April 2018 and has even encouraged his best friend, Frederick to study criminal law so that he can also join the service. Yeboah was assigned to a Bronx housing command, Police Service Area 7. He’s since been suspended from the force. Reports on nydailynews revealed he might be dismissed from the service for unsafe handling of weapons

Martinson Afari Yeboah is set to wed his girlfriend in 3 weeks time and his best friend Frederick Afoakwah was to be the best man.

SEE ALSO: Archipalago weeps over the death of Junior US-Holds vigil for him

“They are best of friends,” said Joyce Yeboah, 54, Frederick Afoakwah’s devastated aunt.
Afoakwah, 21, lived with his parents and a cousin and attended Borough of Manhattan Community College.

“We are family, one family,” said Joyce Yeboah. “Their doors are always ajar.... [Martinson Yeboah’s] mother is a Deaconess in our church.”

The two men met when Afoakwah moved into the building with his family in 2013, and they’ve been inseparable since. They shopped for clothes together, and attended the Church of Pentecost on 216th St. and Bronx Blvd. on Sundays and Wednesdays.

“Martinson is a good guy, he’s a respectful guy,” he said. “I don’t see him ever talking to people, shouting or fighting — I never see it… If someone is your enemy you’re not going to ask them to be your best man.” Afoakwah said.

“I know it is an accident.” the victim’s aunt added. “What actually happened, nobody knows.”

SEE ALSO: Prostitutes invited by Junior US to his house led shooters to kill him – source

Yeboah found out about her nephew’s death on Sunday in a phone call from her son. She headed to the police precinct, where she found her sister-in-law collapsed on the floor.

“She couldn’t sit, she couldn’t stand. She was on the floor mourning her son. It’s her only child,” Yeboah said.

Yeboah was taken into custody after the shooting. While at the precinct, he asked his uncle to go to the hospital to find out whether his best friend had survived.

SEE ALSO: Photos of Junior US chilling with Meek Mill, Omelly, other US stars pop up

“And then the uncle told him unfortunately he passed,” Yeboah said. “He could not understand. He had to tell him six times before it sunk in.”