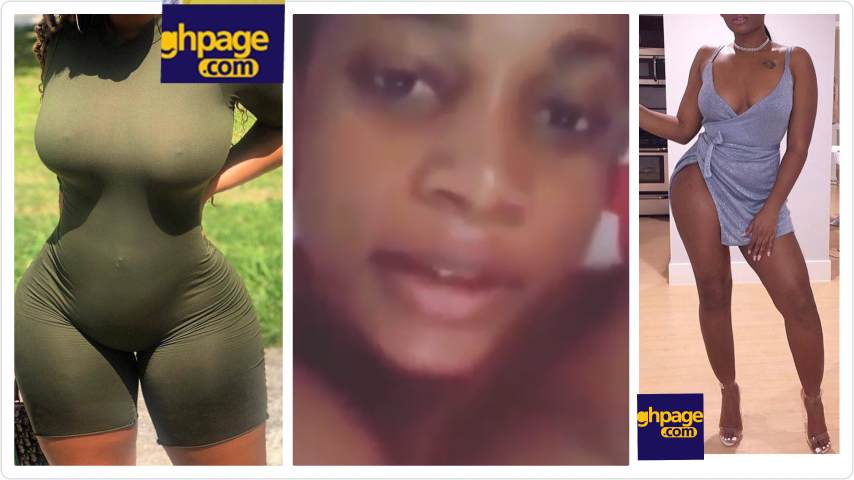 slay queen has taken her trade to another level after she openly invited men to come and sleep with  her for money.

In the video which is already making rounds across social media, the  slay queen could be seen inviting guys to come sleep with her and give her money.

“Boys, show us something so we know what’s going on; day break and we have to know what’s up” she said

“Have you guys seen how I’m hard up? Yes I’m really hot so you guys should come and ‘chop’ so that I can get some money to check my what’s up” the slay queen added.

The lady who was seen trying to get snug and fondle herself in a romantic way continued to say convincing words directed at potential guys who may be interested in her.

Read Also :Grandchildren in shock as wads of cash hidden by their grandfather falls from ceiling (video)