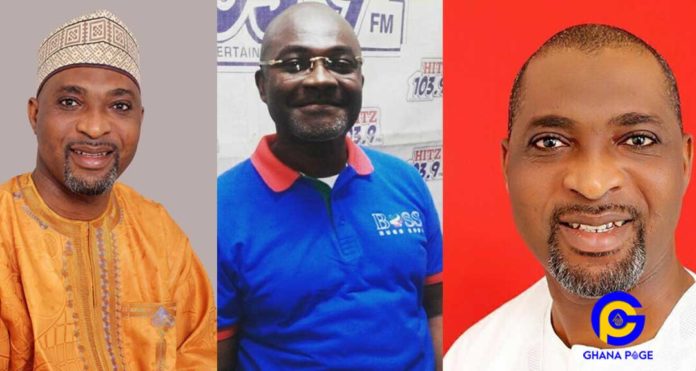 Kennedy Ohene Agyapong, the member of parliament for Assin Central has alleged that the Member of Parliament for Asawase, Hon Muntaka Mubarak defiled a 12-year-old girl and was forced to marry her.

According to Kennedy Agyapong, this happened in Muntaka’s constituency (Asawase) and his own Muslim brothers from the constituency told him about the forced marriage and defilement.

SEE ALSO: I’m richer than every politician in the USA except Bloomberg-Ken Agyapong

Speaking to Adakabre Frimpong Manson in an exclusive interview, the maverick member of parliament was asked what problem he has with Muntaka to be fighting every little chance they get.

Kennedy Agyapong who was shocked as the host revealed he does not know what he has done to offend his colleague MP. He wondered if he has snatched his wife to be hated that much by the Asawase MP.

That was when Kennedy Agyapong dropped the bombshell that some Muslim members from Asawase who visited other Muslim members in Madina where his Media company is situated told him Muntaka defiled a 12-year-old girl.

Kennedy Agyapong revealed that he has voice notes to back this allegation. He added he didn’t about this until he was told by Muntaka’s own constituents that he stoop so low to defile a 12-year-old girl and was forced to marry her.

SEE ALSO: Lady begs Kennedy Agyapong to have sex with her

Kennedy Agyapong also added in the interview that he has serious karat skills and he would have finished Muntaka Mubarak when they clashed at Parliament house the last time. He told Muntaka to thank his stars and the people who saved him from being beaten.

Parliamentary aspirant of the NPP for Tema Central Constituency, Yves Hanson-Nortey has disclosed that he plans to give every delegate in his...
Read more
Politics

Since the beginning of this year (2020) there has been a whole lot of prophecies about who is winning the 2020 elections...
Read more