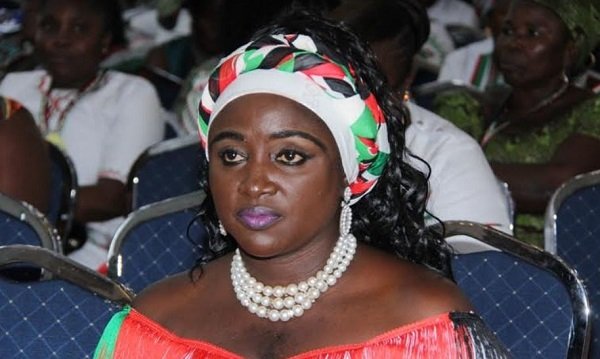 The Women’s Wing of the National Democratic Congress (NDC) have given the Director-General of the Criminal Investigations Department of the Ghana Police Service, Maame Tiwaa Addo Danquah 14 days to produce the kidnapped Takoradi girls.

They said the CID must resign if she is unable to reunite the girls with their families after announcing weeks ago that she knew the whereabouts of the girls.

The NDC women, during a press conference addressed by the National Women’s Organizer of the party, Hanna Bissiw said they will use the next seven days, to collect signatures for a petition to the President over the three kidnapped Takoradi girls.

He said they will also petition the Inspector General of Police, David Asante Appeatu over the matter.

”We will be collecting signatures in the next seven days for a petition to the president, the IGP, the CID boss, the Attorney General and other international agencies demanding that the CID boss, Maame Tiwaa Addo Danquah to produce the three kidnapped Takoradi girls in the next 14 days or resign from office”

Do you think the NDC is putting undue pressure on the CID?