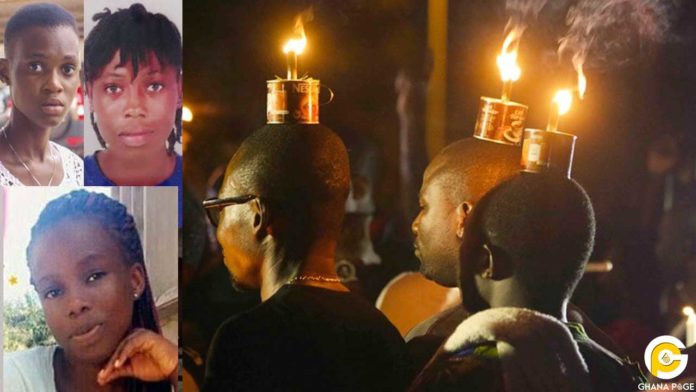 Some residents of Takoradi yesterday Sunday 3rd February 2019 held a vigil for the girls who have been kidnapped in the region recently.

The vigil which was aimed to impress upon the government to pursue the matter more aggressively and ensure that the missing girls are found and reunited with their family started with a candlelight procession around the Central Business District started with a mass prayer at the Takoradi Jubilee Park.

Clad in red and black, hundreds of residents held lit candles and chanted through some principal streets in the area.

See photos from the vigil below: 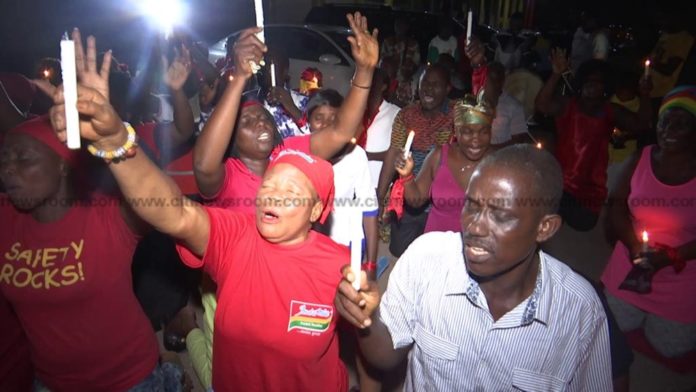 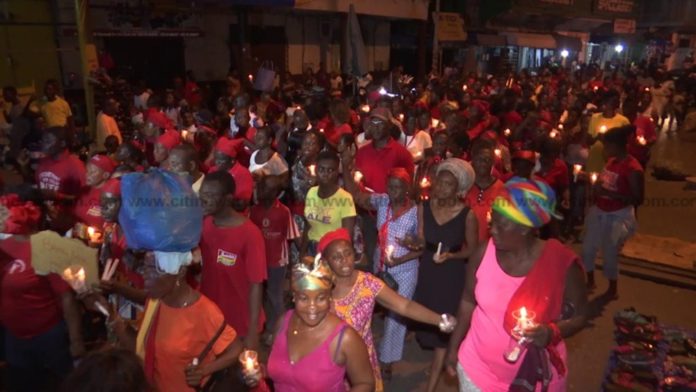 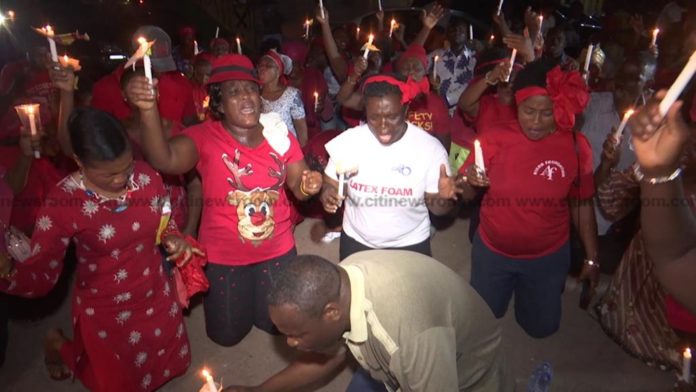 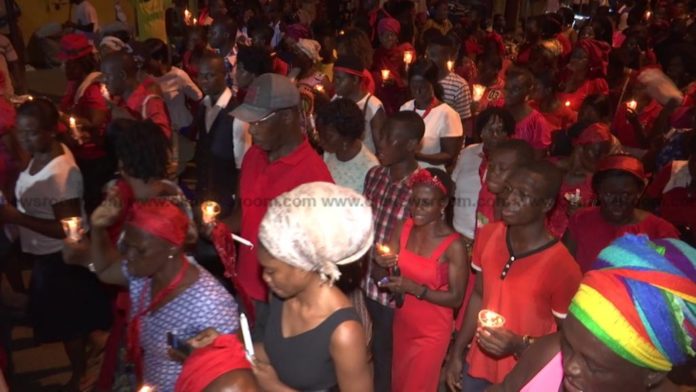 Three girls in the Sekondi-Takoradi metropolis in the Western Region have been reported missing.

They are believed to have been kidnapped between August 2018 and January 2019.

Three of the victims were reportedly kidnapped by the main suspect, Samuel Udoetuk Wills, arrested earlier this year, 2019.

Samuel Udoetuk Wills is currently in police custody and being tried for breaking jail.

He has failed to provide the location of the kidnapped girls.

The Police are currently under public pressure to find the kidnapped girls.