even though she is not performing household chores like cooking and cleaning. 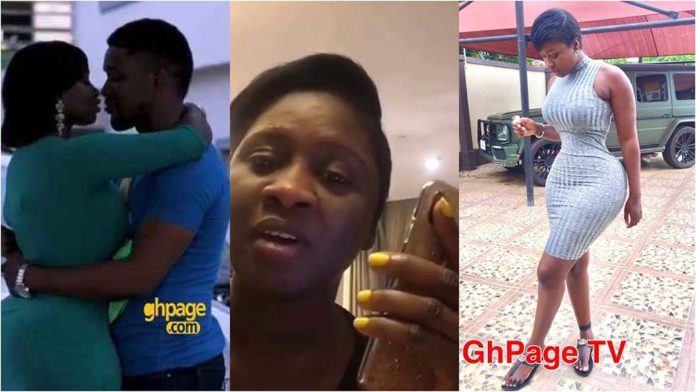 Ghana-based Gambian actress, Princess Shyngle has shared a video on social media of her calling her boyfriend to ask him why he is still with her even though she doesn’t cook and clean.

The glass-shaped actress in a video that has gone viral quizzed her rich boyfriend why he loves her though she is not ready to be performing ‘wifey’ duties.

ALSO READ: Princess Shyngle blast boyfriend for asking her to cook and clean

Princess Shyngle was having a conversation with her boyfriend where she asked; “Babe, What have I been doing that made you decide to stay with me?

“You have been so honest and real with me, I never impressed you with anything and that is a plus for me.

You don’t care about who I am or what I have whatsoever. Why wouldn’t I be with a woman who loves me for who I am not for what I am? I don’t care because I will die for you and that’s the truth”, her boyfriend answered.

ALSO READ: Cooking and trying to be a marriage material cannot keep a man -Princess Shyngle

Princess Shyngle was in the news currently for raining insults on her boyfriend because he asked her to cook for his friends.

The actress angrily stated that she doesn’t look like a maid or his mother to be performing such duties.

Recently, the actress and Instagram slay queen advised young ladies to stop trying to be marriage materials to men because that wouldn’t guarantee a good or happy relationship.

According to her, performing such duties will not keep a man but will only look like they are trying hard to please a man.