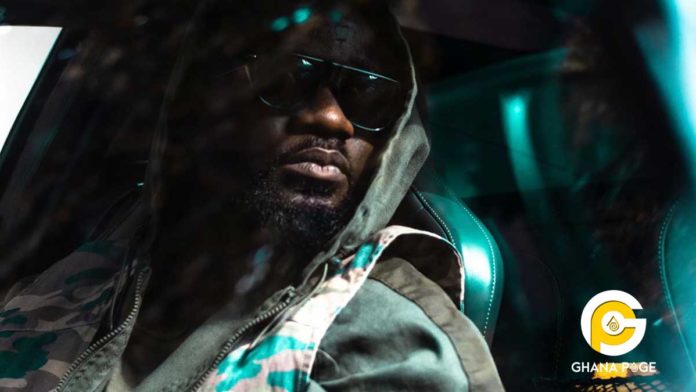 However, their relationship turned sour when Sarkodie recorded a diss song to Shatta Wale dubbed “Advice” which caused a stir on social media.

ALSO READ: Sarkodie is a hypocrite; he only congratulated me for hype -Shatta Wale

The Shatta Movement Boss failed to reply the diss song but fired back at Sarkodie on several occassions during interviews.

In reacting to Sarkodie’s congratulatory message, Shatta Wale described Sarkodie as a hypocrite who thinks he is better than everyone else.

Shatta Wale believes Sarkodie’s congratulatory message was not from his heart and this it just for hype.

The ‘Adonai’ hitmaker has however remained silent about Shatta Wale recent shots but Ghanapage.com has stumbled upon a video of Sarkodie, probably recording another diss song for Shatta Wale.

Listening attentively to the song, there is a line which says; “Enemies, What happened to the love”

Well, the song is not out yet but some Ghanaians are of the video that this is a second ‘Advice’ to Shatta Wale.

Stay connected to Ghanapage.com for more updates on this issue.