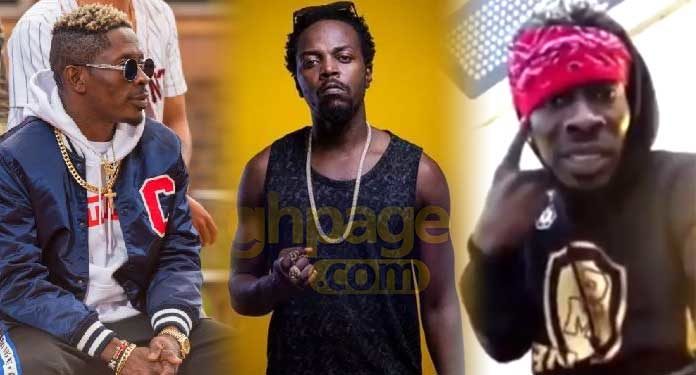 Mad Time rapper Kwaw Kese aka Abodam after expressing his willingness to grace the album launch of his now enemy Shatta Wale as a sign of support, has now turned around and bashed him for producing an empty album.

According to Kwaw Kese, Shatta Wale and his album “REIGN” should have been the talk of the town after its release because that is what happens when an album is released by an artiste but to his utmost surprise that is not the case with Shatta Wale’s.

He stated that as at now all he could hear people discuss was the fact that it was a massive programme which saw a large number of patrons coming for the event and also his proposal to his baby Mama Shatta Michy but he is yet to hear people talk about the songs on the album.

Kwaw Kese said “Not a single person talked about your album here today. Beautiful crowd and the organization But people should be talking more about the songs on the album by now, not the other The only career you killed is YOURS We planning the burial”.

Abodam shared this tweet after Shatta Wale stated that any artiste who would try him would get killed because he is a career killer.

“Career killer is back just woke up .. what happen yesterday was Gods plan …Thank you shatta movement for the love and support . .. watch out for my S-U-C-K..S-E-X MIXTAPE.”

Well, Kwaw Kese is not the only person to have passed a bad comment about the album as various people have also described the album as wack and overhyped.

Let’s keep our fingers crossed and see how the story of the album unfolds.