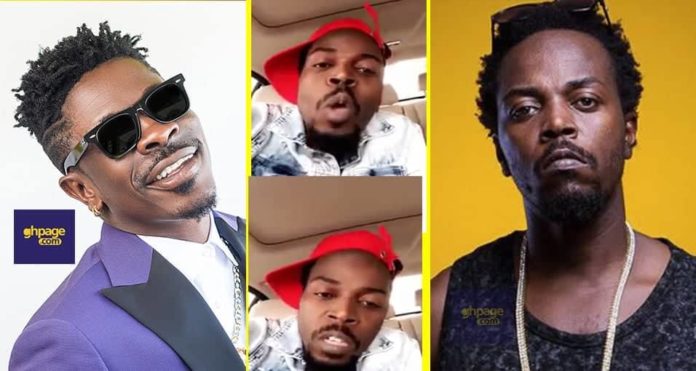 Shatta Wale’s ‘Reign’ album launch scheduled for tomorrow Oct. 13 and Madtime Entertainment CEO, Kaw Kese has stunned the internet revealing in an interview that he could at the premises.

Kwaw Kese and Shatta Wale have for some weeks now be at the neck of each other after Wale made a statement on radio stations that sort to belittle his fellow colleagues in the industry.

Read also: I used to be a rapper before I became a singer – Feli Nuna

Asked if he would attend, Kwaw Kese said: “Oh how I go pass through someone’s show, how can you go there without the person inviting you? But if he calls me I will attend “.