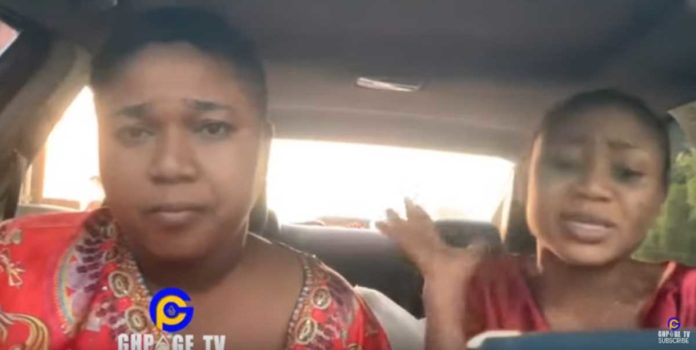 Social media ‘slay queens’ and actresses, Xandy Kamel and AKuapem Poloo have lashed out at the government for failing to rescue the three Takoradi girls that were kidnapped last year.

According to them, they are not pleased with the way the security agencies and the government are handling the kidnap of the three girls.

ALSO READ: Photos and Identities of the 8 kidnappers who took the Canadian girls

This comes after it was reported that two Canadian girls were kidnapped on 4th June 2019 at Kumasi in the Ashanti Region.

The girls, Bailey Jordan Chitty and Lauren Patricia Catherine Tilley were kidnapped around 8: 30 pm in front of their apartment at Silver Spring in Kumasi.

However, the two Canadian girls were rescued yesterday 12th June 2019 by the National security team at a house at Akyease in the Kwabre East District of the Ashanti Region.

The two actresses suggested that the same urgency that the security agencies applied in rescuing the Canadian girls should equally be used to find the Takoradi girls.

They further pleaded with the government authorities and the security agencies to step up their game and find the three kidnapped Takoradi girls as soon as possible.

Xandy Kamel and Akuapem Poloo recently smoked the peace pipe after several months of insulting each other on social media.